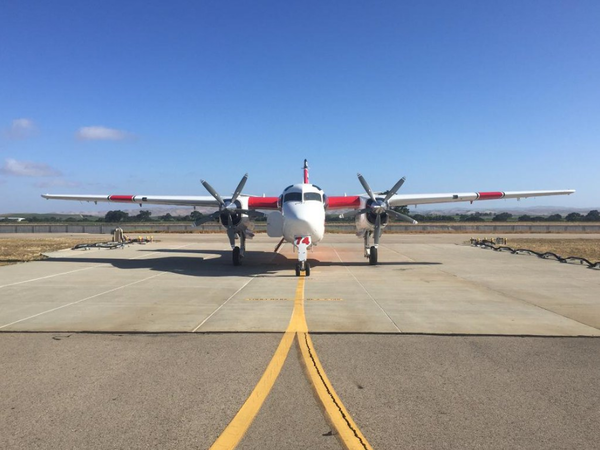 Air base 20 minute response time to fires within the area

The air tactical planes fly overhead directing the air tankers and helicopters to critical areas of the fire for retardant and water drops. The retardant used to slow or retard the spread of a fire is a slurry mix consisting of a chemical salt compound, water, clay or a gum-thickening agent, and a coloring agent.

Cal Fire air tankers and helicopters also transport firefighters, equipment and injured personnel. The aircraft are strategically located around the state at air bases and helicopter bases, like the Paso Robles air base. During high fire activity aircraft can be relocated statewide to provide air support. 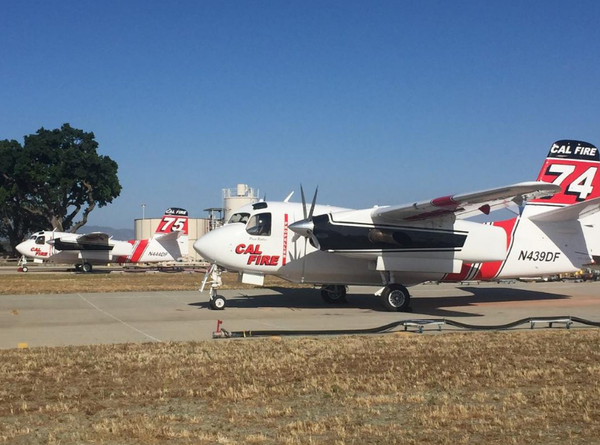