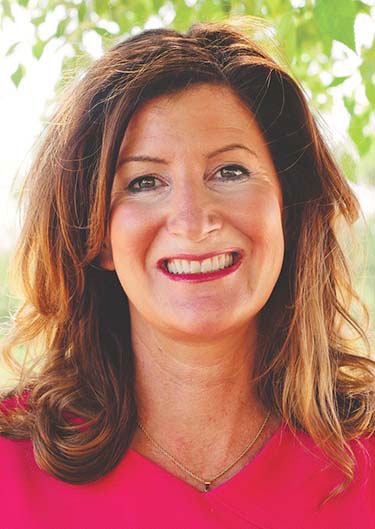 The Paso Robles Chamber of Commerce formerly announced that its board of directors has hired Sunni Mullinax as its new president & chief executive officer. Mullinax will assume her new responsibilities effective immediately, the chamber says today in a statement.

Mullinax accepts the position vacated by the retirement of Mike Gibson in July 2013. Zoe Taylor has been acting interim president/CEO since October 2013. The announcement comes after a six month nationwide search that vetted more than fifty candidates. The search committee consisted of six people made up of existing chamber board members as well as the local government and business owners.

“The entire Chamber of Commerce has worked diligently to promote and elevate all that this community has to offer,” said 2014 Chamber Board Chairwoman Daniele Fresca. “When searching for our new CEO, the board focused on finding the right candidate who embodied aspects of a leader and a visionary but who also understood the unique needs of our area. We are extremely lucky to have found the perfect successor to strengthen and carry forward all that the chamber has to offer.”

With more than twenty years experience in the hospitality, marketing and tourism industries, Mullinax will work toward carrying out the developments of the recently adopted new chamber business plan which encompasses community, government relations, education, communications, economic business development and strengthening the visitor center.

Mullinax was a board member, serving as chair-elect of the chamber and previous chamber vice president. She brings years of experience to the chamber with dynamic leadership in the community. “She is committed to representing the interests of our local business members, community and government while bringing in fresh ideas and opportunities to bring the Chamber to the next level,” the statement says.

“I am honored to join the team at the Paso Robles Chamber, a dedicated group working hard to make Paso Robles great,” says Mullinax. “It is an exciting time to be in Paso Robles and I look forward to collaborating with business and government leaders to continue to build a stronger community.”

Original report June 28, 2014: The Paso Robles Chamber of Commerce Board of Directors voted Thursday to hire Sunni Mullinax as its new president and CEO, sources tell the Paso Robles Daily News. Official sources decline to confirm the report. Details of her contract with the chamber were to be negotiated over the weekend and wrapped up on Monday or Tuesday, sources say. She is expected to start the position next week.

Mullinax, 43, is a current board member of the chamber, serving as chair-elect. She is the special projects chair for the Paso Robles Chamber Women in Business committee. She is also a former chamber employee, having served as vice-president of operations from 2010 to 2012 under former President and CEO Mike Gibson. The top job has been open since Gibson retired in October 2013. Zoe Taylor has served as the interim leader since then.

Mullinax spent the last two and half years as the director of retail and marketing for Adelaida Cellars in Paso Robles.