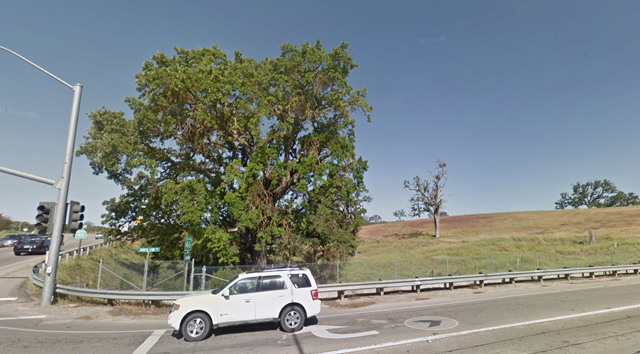 –On Tuesday night, the Paso Robles City Council unanimously approved initial plans for the development of a large-scale development to be built at the south end of Vine Street near Highway 46.

Community Development Director Warren Frace said the overall concept of the Gateway Project is a world-class wine country resort that functions as a gateway to the community. It would have up to three hotel resorts with a maximum of 425 rooms, three commercial centers with 73,000 square feet of leasable space for commercial and office, and 80 attached single-family resort residential units. If the single-family units were built, it would reduce the number of hotel rooms. Frace says more than half of the site, 98 acres, would remain agricultural and open space. The city would annex more than 170 acres into the city.

The Paso Robles Planning Commission recommended approval of the plan. The council discussed various aspects for two hours, including traffic mitigation, water and other factors. Several people called into the council meeting to raise questions.

The project includes infrastructure development that the city would have to fund, although there are state and federal grants available. The city would have to reroute Vine Street, build a $10 million bridge, and construct two roundabouts. Caltrans has written a letter of support. Although some have expressed concern about the impact on the Paso Robles groundwater aquifer, the developers say the project is over the Atascadero aquifer, so it would not impact Paso Robles aquifer.

Councilman Fred Strong said that the project could help the city resolve serious financial difficulties it’s facing. Councilman Steve Gregory said the 5-star resort will bring millions of dollars to the city in Transient Occupancy Tax. Councilman John Hamon says he wants to see that if the city builds the infrastructure, then the developers will be working right behind them.

After all the discussion the council voted unanimously to approve nine resolutions related to annexation of the land to the city, lot line adjustment, General Plan amendments and zoning to move forward with the plans.

The council also received a report from Police Chief Ty Lewis about the recent events including the protest and the recent shootings in the city. He was praised by city council for the work the police and fire departments have done to insure the safety of city residents.

Chief Ty Lewis said he was impressed by the outpouring of support by local residents, including the blue ribbons flying on the trees and signposts in the downtown city park. 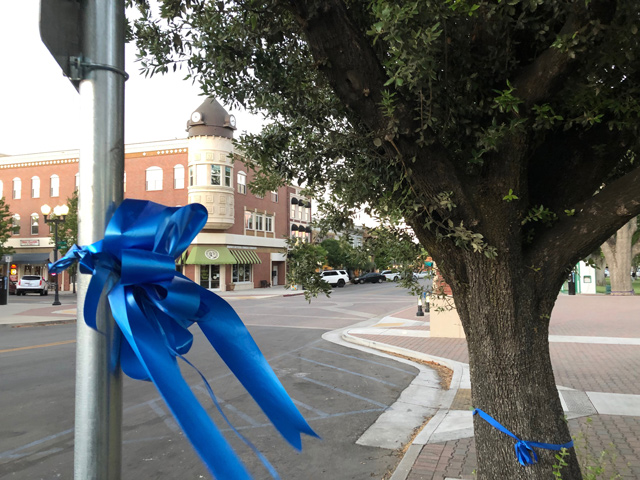 Blue ribbons were placed throughout downtown Paso Robles to honor the police officers shot in last week’s manhunt and shootout.