The Paso Robles District Cemetery honored Veterans Day with its annual ceremony Monday, Nov. 11 at 11 a.m. The public was invited to attend.

Services included patriotic songs, prayers and speakers from the local Veterans of Foreign Wars Post and American Legion. The cemetery was decorated with over 100 American flags and flowers for the occasion. The cemetery is located at 1018 Nacimiento Lake Dr, Paso Robles. 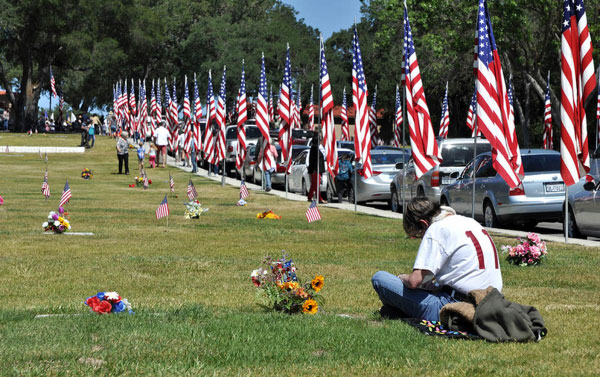 A recent ceremony at the Paso Robles Cemetery. Photo by Dave Skinner.

Veterans Day is an official U.S holiday to honor those who have served in armed service, also known as veterans. It is a federal holiday that is observed on November 11. It coincides with other holidays such as Armistice Day and Remembrance Day, which are celebrated in other parts of the world and also mark the anniversary of the end of World War I. Major hostilities of World War I were formally ended at the 11th hour of the 11th day of the 11th month of 1918, when the Armistice with Germany went into effect.