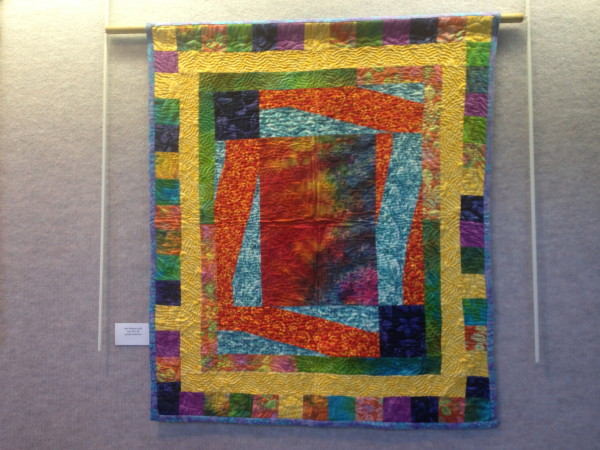 A quilt from a display this month.

Display proposals for 2014 now being accepted

The Paso Robles City Library encourages the artistic and cultural interests of the community by providing space in the Library to display visual art and other exhibits of interest to the public. The Library Board of Trustees reviews proposals annually to select displays for the following year. The duration of the displays is usually one month.

Proposals should include a completed application and photographs or other representation of the work to be displayed. Applications are available at the Library and will be accepted no later than August 31, 2013. Submit to Paso Robles City Library, Attention: Don Rader, 1000 Spring St., Paso Robles CA 93446. For more information or to have an application mailed to you, contact Don at 237-3870 or drader@prcity.com