Paso Robles Press is back in town 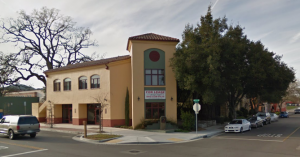 The Paso Robles Press moved its offices back to town the week of January 14, 2013. The new location is in downtown Paso Robles at 829 10th St., Ste B. on the corner at Pine Street. Regular business hours are Monday through Friday 8 a.m. to 5 p.m. The newspaper is managed by publisher Jeremy Burke.

For the last few years customer service and the newsroom were operated out of its sister newspaper, the Atascadero News. The Press maintained a sales office at 806 9th Street in Paso Robles.

News Media Corporation owns more than 75 community newspapers and publications around the country including four weeklies in South Monterey County and the Watsonville Register-Pajaronian.

The Paso Robles Press is best known for operating out of the 800 block of 11th Street on the city park. The offices and printing press were located there for decades. The newspaper has been a daily, weekly and presently twice weekly news source for North County San Luis Obispo. It covers general news, politics, city hall, police crime, entertainment, obituaries and more. Previous publishers include Jason Cross, Scott Brennan, Dick Reddick, Ben Reddick and others.

As of May 2013, the following staff lead the newspaper: