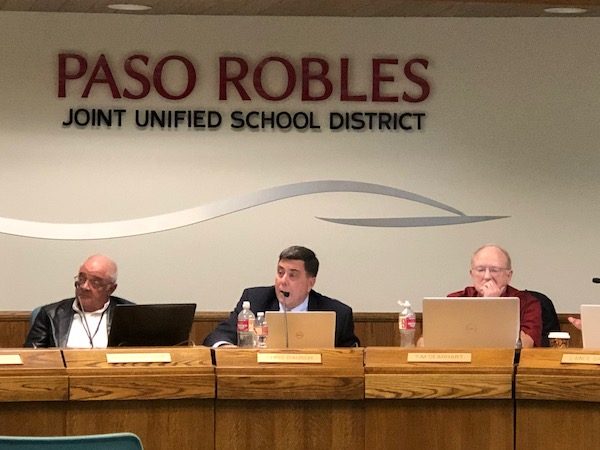 –At their most recent meeting, the Paso Robles Joint Unified School District Board of Trustees discussed several new bus route options to reduce spending but ultimately tabled discussion until another meeting. Chief Business Officer Brad Pawlowski presented a cost comparison that showed the Paso Robles students pay $190 per year to ride the bus, which is $10 less than Templeton, but $10 greater than the San Luis Coastal District. Students in the Lucia Mar School District pay $280 per year.

Option No. 2 would reduce the district budget by $150,000. The Board of Trustees decided to table the discussion until more information can be gathered.

The district is operating at a deficit and needs to cut about $2 million dollars from its budget to get the budget reserve above 3-percent in the next fiscal year, as per state requirements.