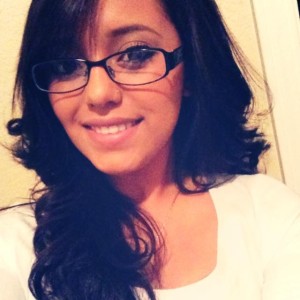 CHP reports the 2002 white Ford Explorer crashed when she lost control of the vehicle for unknown reasons. It rolled over on the highway and burst into flames. Other drivers stopped to help passengers out of the car and to safety, according to reports.

Montes’ two younger brothers survived the accident with minor injuries. They were transported to Sierra Vista Hospital, according to the CHP. They are Jesus David Montes, 6, and Jose Montes, 15, both of Paso Robles, CHP reported.

The accident occurred just after 4 p.m. and caused Highway 101 to back up with traffic for miles. Traffic was snarled until 7 p.m. Authorities are investigating the cause of the accident.

The three were returning from the Walgreens in Atascadero, where they had gone to pick up a prescription, the San Luis Obispo Tribune reported. All three were wearing seat belts, and alcohol nor speeding is not suspected to have caused the crash, CHP report.

Montes was a 2012 graduate of Liberty High School and a Cuesta College student who worked at Dragon Palace King Buffet, a Chinese restaurant in Paso Robles, the Tribune reported. 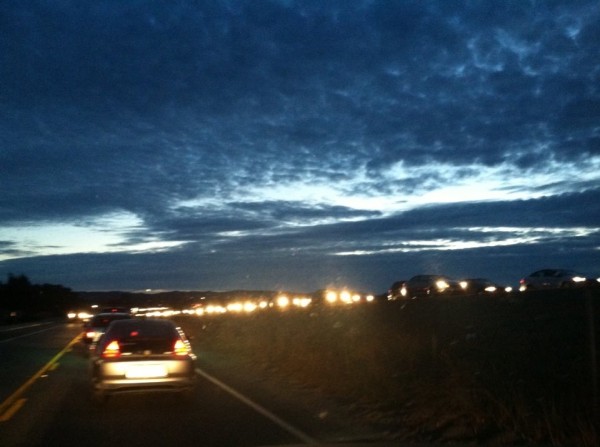 Highway 101 was backed up due to the accident. Photo by PJ Sawyer.

Many of Montes’ friends wrote tributes on her Facebook page:

“The fact that you are no longer with us just doesn’t seem right ! You the sweetest girl around the one with a beautiful laugh and smile, the one that even through hard times in her life still managed to put a smile on her face. You were such a great person to everyone. I will always remember the good memories I was able to make with you since middle school to our high school years. Rest In Peace Jeanette.” – Luz Velasquez Nucico

“Im in shock! I cant believe it! im speechless! You were the sweetest girl ever and a great friend. R.I.P Jeanette.” – Vanee Velasquez

“Can’t believe you’re gone you were always a good friend and respectful. It’s really hard to believe it! Today is my bday and was not expecting this I will respect this day and pray for you.” – Danny Larios Guerra

Subscribe to the Paso Robles Daily News
Sign up to receive a once-a-day summary of the headlines published over the last 24 hours.

This free newspaper subscription will be delivered to your email inbox every morning. Your email address will never be sold or used for spam. You may unsubscribe at any time by clicking the link at the bottom of your news update.

Sample of your daily news update 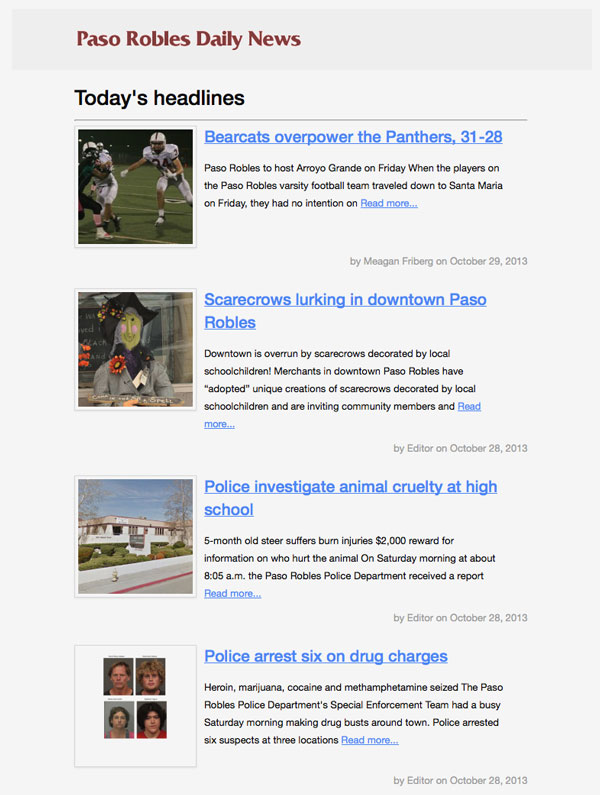