“Valley fever – what is this disease? It’s horrible” – Todd Schaefer 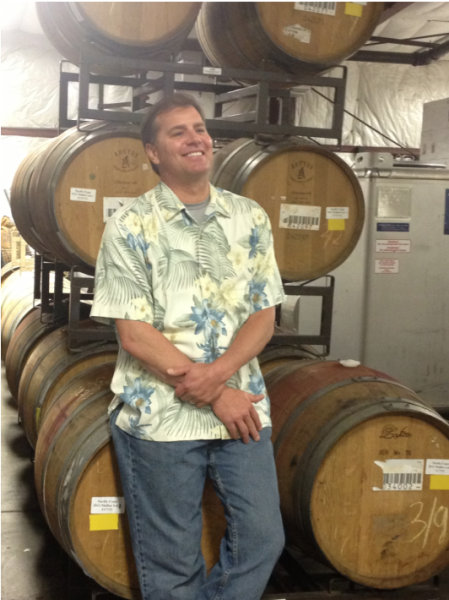 The quest for the perfect pinot noir lured Todd and Tammy Schaefer from Malibu to Paso Robles in 2001. But a different fate awaited them and their business, called Pacific Coast Vineyards.

“My wife and I had just come up here, to set up shop and continue our practice of winemaking, and, ‘Welcome to Paso Robles, here’s valley fever,’” Todd recounts.

In October of 2003, Todd was running a bulldozer through a vineyard, and kicking up lots of dust. They had no idea that dust would make him ill.

“There was nothing in the area to alarm us, or have us be aware that valley fever was an epidemic in this area, so we pursued our dream, and immediately Todd became infected with the spore,” Tammy says.

“The doctors said, ‘well, it looks like you have influenza. Eat some chicken soup, go home, no big deal,’” Todd remembers. “I figured they knew what they were talking about, right?”

His condition only got worse. A few weeks later, doctors took a lung biopsy, and sent it to a lab at UC Davis. When the results came back, the Schaefers learned that Todd had spinal fungal meningitis. Unlike most cases of valley fever, which stay in the lungs, Todd’s had spread to his spinal fluid.

“I’m a big strong guy, and it knocked me silly,” he said. “It knocked me flat out. I had no idea what was going on. Valley fever – what is this disease? It’s horrible.”

Continued.. Read or listen to the full story at Valley Public Radio

What is Valley Fever?

C. immitis resides in the soil in certain parts of the southwestern United States, northern Mexico, and parts of Central and South America. It is dormant during long dry spells, then develops as a mold with long filaments that break off into airborne spores when the rains come. The spores, known as arthroconidia, are swept into the air by disruption of the soil, such as during construction, farming, or an earthquake.

Infection is caused by inhalation of the particles. The disease is not transmitted from person to person. The infection ordinarily resolves leaving the patient with a specific immunity to re-infection. C. immitis is a dimorphic saprophytic organism that grows as a mycelium in the soil and produces a spherule form in the host organism.

California state prisons, as far back as 1919, have been particularly affected by Coccidioidomycosis. In 2005 and 2006, the Pleasant Valley State Prison near Coalinga and Avenal State Prison near Avenal on the western side of the San Joaquin Valley had the highest incidence in 2005, of at least 3,000 per 100,000. The receiver appointed in Plata v. Schwarzenegger issued an order in May 2013 requiring relocation of vulnerable populations in those prisons.