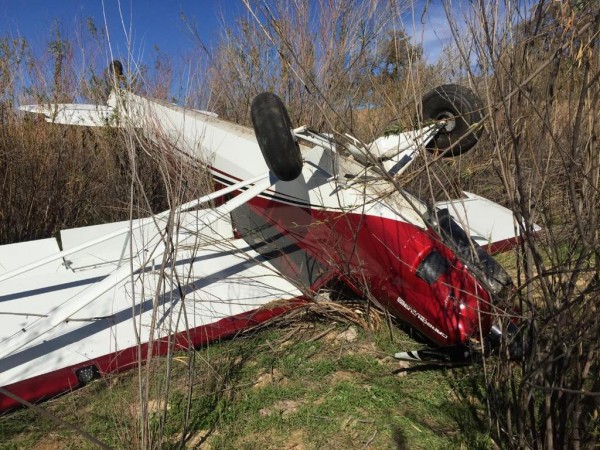 The two people on this aircraft were not injured. The aircraft flipped over upon landing near Hwy 166. Image from Calfire.

The aircraft landed in a riverbed adjacent to Highway 166 and flipped upside down. Two occupants were on board on the plane. The pilot is 76-year-old John Charles Butler of Phoenix, AZ. The passenger is 67-year old Pamela Butler Zirion of San Luis Obispo.

Both occupants are fine and were able to extricate themselves from the plane without any assistance. Both declined medical assistance at the scene. Cal Fire, Santa Barbara County Fire, CHP, State Fish & Wildlife, and U.S. Forest Rangers assisted with the investigation.

The Sheriff’s Office conducted the initial investigation and will turn over its findings to the Federal Aviation Administration (FAA) and the National Transportation Safety Board (NTSB) for further investigation.