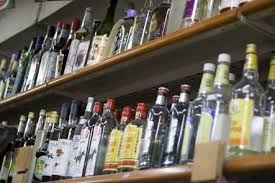 Seven inspections were completed at both on-sale and off-sale licensed businesses. During their inspections, the officers noted several minor violations. The businesses were given 30 days to correct the noted violations.

The goal of the operation was to select and survey licensed outlets at random. During the visit, the the team reminded licensees of the responsibilities and accountability associated with the sale of alcohol.

The focus was to educate the businesses, although the officers would have taken action if they observed any major violations during their inspection. A checklist was used to note any violations observed and a copy was given to the licensees. Licensees were instructed to correct any problem areas identified during the inspection.

Officers will conduct follow-up inspections to see if the licensee corrected the problems noted. If the licensee has not made the appropriate corrections, the violation will be documented and the information will be forwarded to the local ABC branch office for possible disciplinary action against the licensee. In addition the officers may issue a criminal citation for any criminal violations.