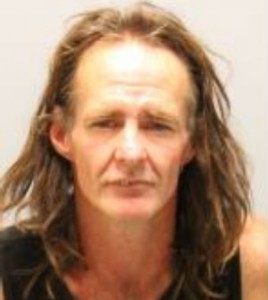 On Tuesday at about 10:50 a.m., a Paso Robles Police officer initiated a traffic stop on a Dodge pickup truck after noticing the driver was not wearing his seatbelt in the area of Oak Hill Rd.

The officer then recalled a black Dodge pickup had been stolen from the 1000 block of Olive Street in June of 2014. Stainbrook was detained and it was then discovered the vehicle’s attached license plate did not match the vehicle identification number (VIN). The VIN did; however, return as the reported stolen vehicle. Stainbrook was then placed under arrest and later transported to County Jail on the following charges:

Police confirm the stolen truck was Mason Krohn’s. He was featured in a story earlier this summer: Local contractor’s truck stolen at night.

The Paso Robles Police Department encourages anyone with information regarding criminal activity in Paso Robles to contact Crime Stoppers at (805) 549-7867 or submit a Web Tip from the Crime Stoppers website at http://www.slotips.org. You can also submit a “TEXT TIP” by texting “slotips” and your message to CRIMES (or 274637). You do not have to give your name.