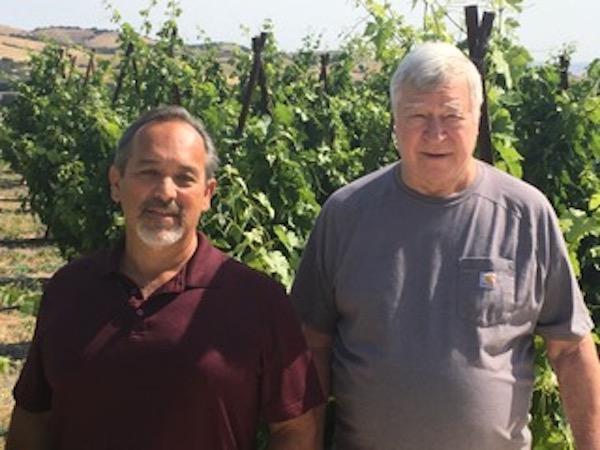 After only a little more than eight months since the October 2020 acquisition of the Rabbit Ridge Winery business, Steven Jones says he is relishing his role with the Paso Robles landmark.

“I was attracted to the wine industry and made every effort to learn about its nuances before venturing into it,” said Jones who took sales positions with wine companies and even studied to become a sommelier as he prepped for his industry career.

“Erich Russell is among the top echelon of winemakers in the world, and I am thrilled to be handling the winery’s day-to-day operations while Erich and his family continue to make superior wines loved the world over,” says Jones.

You can find Russel in the wee hours of the night handling the nighttime pump-overs, early mornings on the vineyards selecting grapes, and throughout the day at the winery ensuring quality control throughout every step of the complex process. “Steven Jones has empowered my family and me to place our complete attention on the wines. Ours is an extraordinary partnership, built on a deep mutual respect for one another and commitment to the Winery and our customers,” said Russell.

Rabbit Ridge Winery and Vineyards is involved with is continuing to produce a selection of wines that have captured the hearts and palates of wine enthusiasts. Among the wines in distribution include Allure de Robles (Rhone blend), zinfandel, cabernet sauvignon and carignan. Wines coming soon consist of Allure Blanc, (a chardonnay and viognier blend), sauvignon blanc, and merlot.

Jones also opened up about recent reports that Rabbit Ridge Winery was caught up in bankruptcy proceedings. “Although we certainly understand how reports of the bankruptcy filed by the owner of the property could be misinterpreted to include our business, nothing could be further from the truth, explained Jones. “Rabbit Ridge has always been a tenant of the property and is not now nor has it ever been in bankruptcy,” he says.

With Steven Jones keeping his eyes on the business and Erich Russell concentrating solely on winemaking, Rabbit Ridge Winery and Vineyards says it is “poised for a stellar future.”

Posted in:  Wine
About the author: News Staff