Councilman questioned about conflict of interest over airport leases 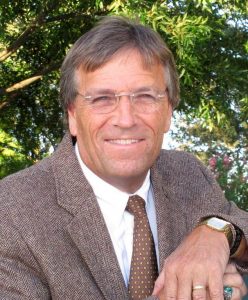 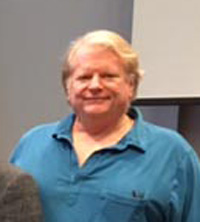 Hamon is currently running for San Luis Obispo County Supervisor to represent the Paso Robles area. He says accusations, first published this week in a Cal Coast News report, are politically motivated. Paso Robles City Attorney Iris Yang says the rules regarding conflict of interest are complex, but that Hamon is not in breach of FPPC regulations.

Last Thursday, the Paso Robles City Council held a special meeting to identify the future of the Paso Robles Municipal Airport management structure. Hamon voted with the council unanimously to create an airport commission that will replace the city’s airport advisory board. City staff was directed to come back to the council with an ordinance or resolution to implement this change. No further decisions were made by council during that session, however a report on various lease agreements at the airport was made to council. Because the vote concerned general governance at the airport and not lease rates, there was no conflict of interest, according to the city attorney.

The Paso Robles Municipal Airport is owned by the City of Paso Robles, with various leaseholds around the airport subject to ground and facility leases of mixed terms and conditions.

Councilman Hamon has two leases at the airport, one 50-year lease in the industrial area dating back to 1979 which is for non-aviation activities, home of Hamon Overhead Door, and one airplane hanger with a 20-year lease which expires next year, according to Paso Robles Airport Manager Roger Oxborrow. He said lease rates, for all leases, were based on market rate from the time they were taken out and were liable for consumer price index increases each year.

Oxborrow said lease and sublease rates could be summarized into three options at the airport, if a lease is just land (bare dirt) it would be one price, if the lessee had made improvements such as installing asphalt, curbs and gutters for example and then sub-leased, this would be another rate, and if they had put an aircraft hanger on the land this sub-lease rate would be different again. “Current market rate is approximately one-two cents for bare dirt, a sublease with improvements is not uncommon to be as high as 8-15 cents and renting hanger space can be around 30 cents per square foot or more,” he said. He said you could not compare leases.

Chairman of the Airport Advisory Committee and President of the Paso Robles Airport Association Phil Corman said he is concerned with what he believed was a conflict of interest. “Hamon operates as a liaison with the Airport Advisory Committee and the issue dates back to May 2015 where Airport Business Solutions was hired to conduct an assessment of the airport’s current lease policy and rate structure,” he said. Corman said he believed Hamon had cosy lease terms and he was still part of the council decision-making on airport issues.

During a council meeting of May 5, 2015, a motion was made by Councilman Hamon, seconded by Councilman Steve Gregory to adopt a resolution authorizing the city manager to enter into a professional service contract with Airport Business Solutions in the amount of $28,000 to conduct an evaluation of the city’s current lease policies and rental rate structure for the Paso Robles Airport.

Hamon said Reed had raised a question about what he thinks are conflicts of interest on his part by voting on any airport decision that may come before council because he leases property on the airport.

“In speaking to Councilman Reed recently, he acknowledged his lack of understanding on the subject of conflict of interest and when one should recuse himself or not. Appointed and elected officials are required to take continuing education on conflicts of interest during their terms. Over the last sixteen years, I have been instructed on these specific FPPC regulations by our city’s legal counsel and staff on when an official must recuse oneself regarding decisions that could have a financial gain or benefit to the individual directly. The fact that I have had a financial interest involving the airport since 1980 does not, in and of itself, automatically mean that I must disqualify myself on making a particular decision on an airport matter.

“Through these many years, I have gained a good understanding of the law however; I do seek our city attorney’s opinion on a possible conflict of interest vote that I may have a question about. I have always taken the advice except once and that was about a year ago on the vote on the 12th Street design. Because I lived with 300 feet of the project they recommended that I recuse myself from the vote. I did vote no but it still passed. I have never knowingly made a vote as an elected official that would have financially benefited me directly. I do believe the timing of this allegation is clearly political and that’s unfortunate because the truth is there not been any conflict based on the law. My issue is that much of the talk is not based on fact and people, as usual, hear what they want to hear.”

Yang said she reviewed both the agenda and staff report for Thursday night’s meeting, and spoke to city staff who attended the meeting. “There was only one item on which the council took action, which was to direct staff to bring back for council consideration the formation of an airport commission,” she said. “Councilmember Hamon’s participation in that decision, in my opinion, did not violate the Political Reform Act or the FPPC regulations as it is not reasonably foreseeable that asking staff to bring back an item for council consideration would have a material financial effect upon any financial interest that Councilmember Hamon has… The second item on the agenda was the presentation of a report to the council on the status of various lease agreements. There was no decision made or action taken by the council on this item last night, so there was no violation of the Political Reform Act or FPPC Regulations. Staff will be bringing the lease agreements to the council for action at a future council meeting.”

When the airport lease item comes back to council for decision, she said, Hamon should recuse himself from voting on the item. If the item forms part of the consent agenda he does not have to leave the room but must recuse himself from the decision-making. “There have been some decisions related to the airport on which Councilmember Hamon has recused himself,” she said. “There have been a few occasions when items are posted on the agenda where he has specifically asked me before the meeting if he might have a conflict and when it appears he does, he has not participated in the discussion or vote.”