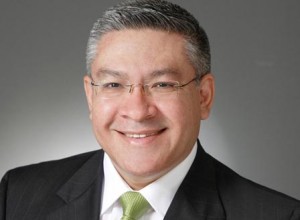 –President Trump was impeached on Wednesday by the House of Representatives. Local Congressman Salud Carbajal (D-Santa Barbara) voted in favor of the two articles of impeachment against President Donald J. Trump that were on the House floor yesterday. The House can now forward articles of impeachment to the US Senate, which will hold a trial and vote to convict him and remove him from office, or vote to acquit the president.

“While none of us came to Congress to impeach a president, the evidence against Donald Trump has become abundantly clear,” said Rep. Salud Carbajal. “The president used the power of his office to solicit foreign interference in our elections and threaten our national security, all for his own political benefit. Moreover, he directed his administration to defy congressional subpoenas to try to block our investigation into his wrongdoing. I voted to impeach because all of us who hold public office take an oath to defend the Constitution—the president has abused this responsibility, but I refuse to do the same.”

The House voted on two articles of impeachment, abuse of power and obstruction of Congress. These articles come in the wake of months of investigation from the House Intelligence and Judiciary Committees into the president’s solicitation of Ukrainian foreign interference into U.S. elections, his attempt to condition congressionally approved aid and White House meetings to apply pressure to this request, and his “willingness to undermine our democracy for his own political gain,” according to Carbajal. When the House attempted to look into these allegations of wrongdoing, President Trump and his administration refused to comply with congressional subpoenas to provide documents and testimony.

Donald J. Trump is the third president to ever be formally impeached by the U.S. House.

Rep. Salud Carbajal represents California’s 24th congressional district, encompassing Santa Barbara, San Luis Obispo and part of Ventura County. He is a U.S. Marine Corps veteran and he serves on the Armed Services, Agriculture, and Transportation and Infrastructure Committees in the U.S. House.