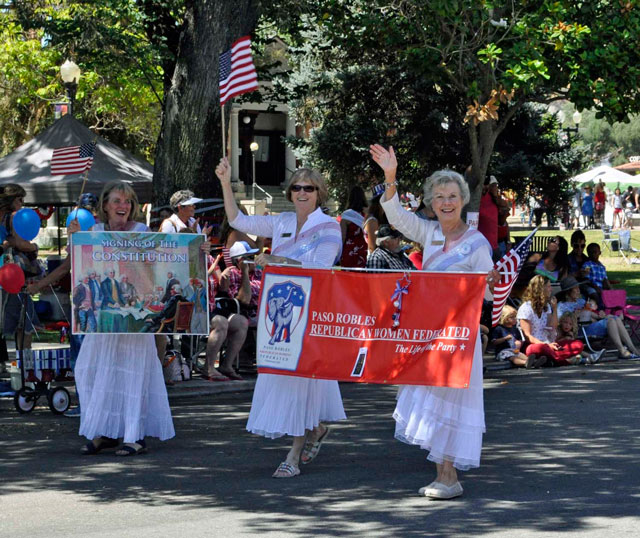 The Paso Robles Republican Women Federated group pitched in to help clean up after the Independence Day festivities celebrating the 125th anniversary of Paso Robles.

“Following the fun part of the weekend, on Saturday morning our crew showed up bright and early with brooms, rakes, shovels and plastic bags to help clean up the debris in the city hall and Library parking lot and in the park left from the incredible fireworks display the night before,” says Peggy Strickland, president of the group.

A few of the Paso Robles Republican Women marched in the parade as part of the July 4th 125th anniversary festivities in the park. “We passed out 125 flags to children and received many ‘thumbs up’ and cheers as we marched by,” she says. “Our club is a Tradition’s Sponsor for the 125th Anniversary and we volunteer to help with events throughout this year.”

“We are so privileged to be able to live in such a beautiful and community friendly city,” says Strickland.

The Paso Robles Republican Women Federated’s next meeting is Sept. 15. The speaker will be 24th Congressional Candidate Chris Mitchum. For more information, contact Strickland at peggyannstr@gmail.com. 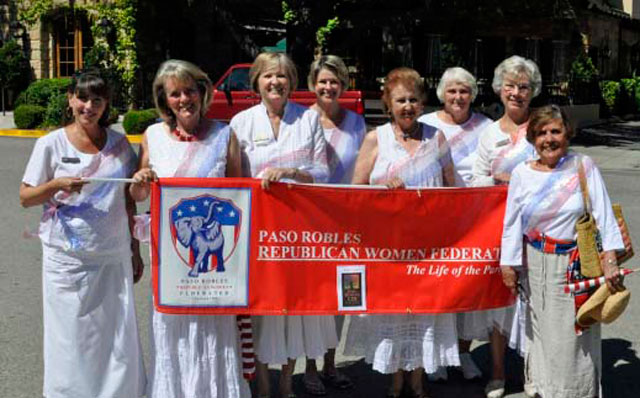