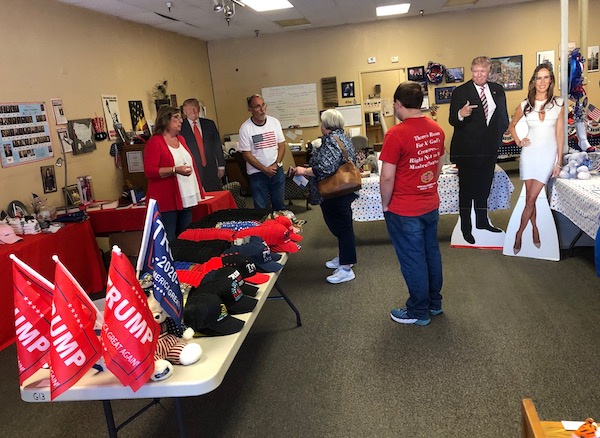 –At the Republican County Headquarters at Adobe Plaza in Atascadero, about 70 people stopped by on Sunday to register to vote and sign a petition in another effort to recall Governor Gavin Newsom. Republicans must gather two million signatures by the end of July to get the recall on November’s General Election ballot.

Linda Becker is the new Chair of the Republicans First District. She said the turn-out Sunday at Republican Headquarters was good. “We had a table near El Camino Real, and many passers-by honked and waived in support of the recall effort.”

A previous drive failed to garner enough signatures to qualify the governor’s recall for the ballot. 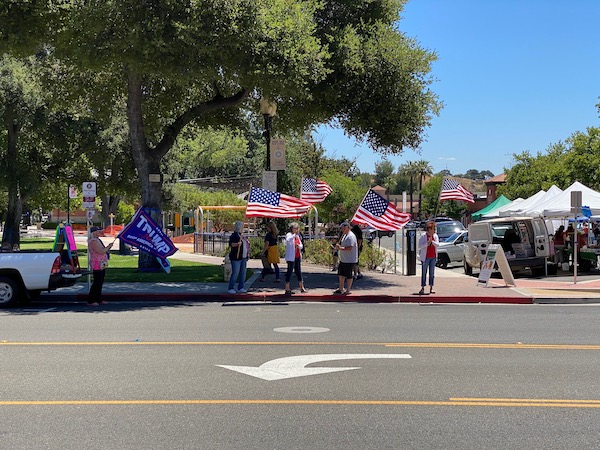 North County citizens and members of the Republican Club attended the first of what will be monthly “Freedom Rallies” held throughout the county up until the election.

Republican leaders say they are hopeful that the frustration over the government-imposed shutdown for COVID-19 and the conflicting rules over the reopening of small business has inspired more disapproval with Governor Newsom’s job performance.

A number of members of the Republican Club attended the first of what will be monthly “Freedom Rallies” held throughout the county up until the election. The first rally was in Paso Robles at downtown City Park on Saturday. The schedule of upcoming meetings are posted below: 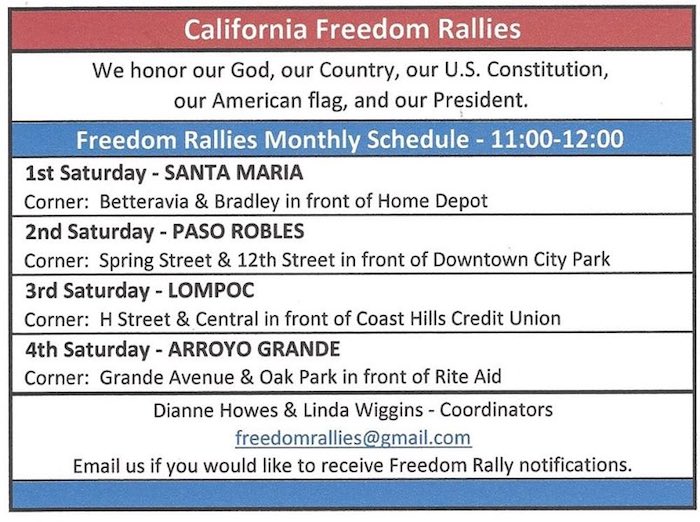