Ground based interceptors inspected by Russians 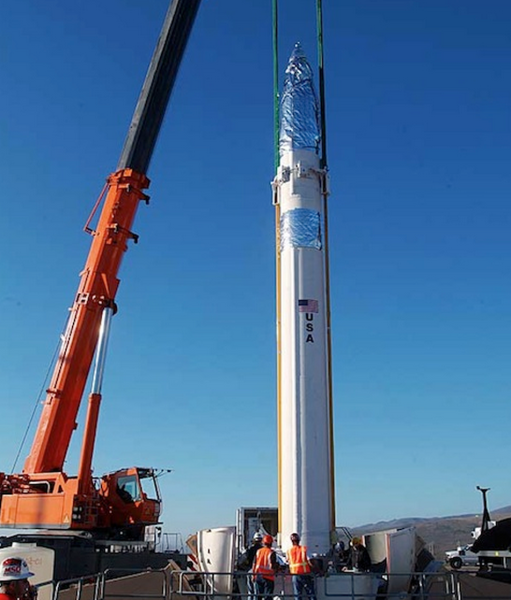 Ground Based Interceptors at Vandenberg Air Force Base. Russian officials carried out a secret inspection of the base this week / Boeing

Russian officials this week carried out a secret inspection of the U.S. strategic missile defense base at Vandenberg Air Force Base in California as part of the New START arms treaty, according to Obama administration officials.

The inspection of five missile defense interceptors is the only one allowed under the 2010 arms accord. The treaty requires cuts of U.S. and Russian deployed strategic warheads to 1,550. A defense official said the visit was a treaty verification visit hosted by the Defense Threat Reduction Agency.

A State Department official declined to comment on the inspection but confirmed it was related to New START. “Implementation activities under New START are confidential,” the official said.

However, Thomas Moore, a former Senate Foreign Relations Committee professional staff member, said the inspection of the base was a controversial part of U.S. and Russian arms talks leading up to New START that was ratified by the Senate in December 2010.

“The United States is required to conduct a one-time exhibition not later than three years after the treaty entered into force at Vandenberg to show Moscow how it distinguishes GBI silos from ICBM silos,” Moore said.

About Vandenberg Air Force Base

Vandenberg Air Force Base is a US Air Force Base, located about 9.2 miles northwest of Lompoc, California, about an hour south west of Paso Robles. It is under the jurisdiction of the Air Force Space Command. It’s a space and missile testing base, with a mission of placing satellites into polar orbit from the West Coast, using expendable boosters, Pegasus, Taurus, Minotaur, Atlas V and Delta IV. Wing personnel also support the Service’s LGM-30G Minuteman III Intercontinental Ballistic Missile Force Development Evaluation program. The base is named in honor of former Air Force Chief of Staff General Hoyt S. Vandenberg.