Update: Community lends a hand to victim of RV fire in Paso Robles 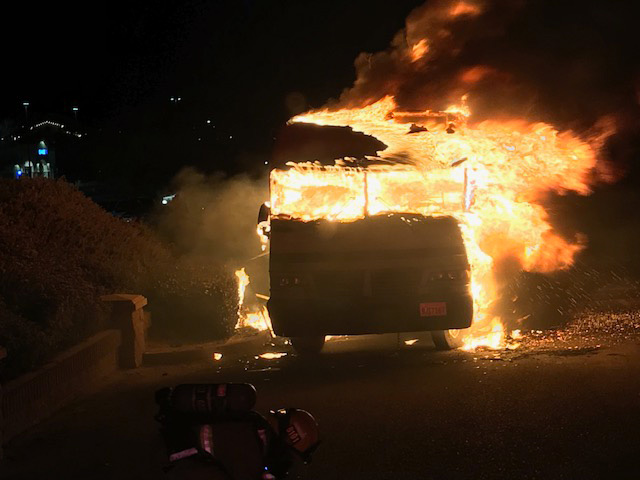 –The man who lost the RV he was living in to a fire on Friday evening at the Woodland Plaza II in Paso Robles is receiving an outpouring of support from residents in the community.

Billy Tosch, the occupant of the motor home, said “He’s grateful that he has his dog and his health”, and has received some donations from the community and could use more. He is staying on the hillside near the burn site.

Elizabeth Denny from The Positive Change Movement created a GoFundMe page for Mr. Tosch. So far, over $2,000 has been raised from 58 donors.

“I really want to help out with this tragedy and this gentleman who lost everything,” Denny writes. “Last night at the Paso Robles Wal-Mart, a local man and his dog lost their home and a majority of their life’s possessions in a horrible RV fire. They are currently staying by his damaged motorhome and I would love to rally donations for him.”

Donate to the GoFundMe page for Billy Tosch or bring supplies the Walmart parking lot at 180 Niblick Road, Paso Robles, where Tosch is staying. 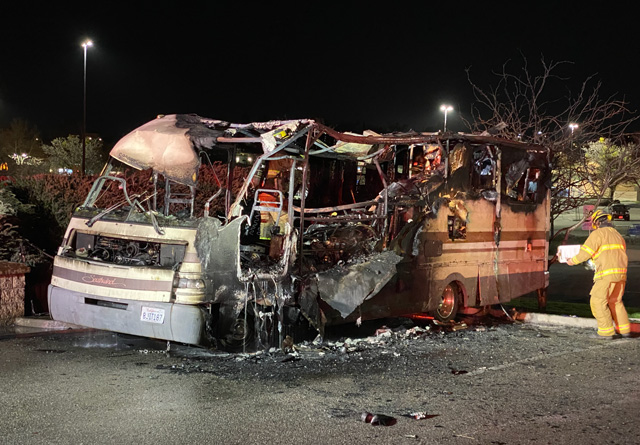 –On Friday night at At 7:43 p.m. Paso Robles Emergency Services received a 911 call reporting a recreational vehicle engulfed in flames at the parking lot near Big 5 Sporting Goods and Walmart at Woodland Plaza II on Niblick Road in Paso Robles.

Paso Robles police arrived on the scene first. When firefighters arrived shortly after, they began working to put out the blaze. Firefighters responded with one fire engine, a squad, and a battalion chief. The approximately 30-foot RV had flames bursting through the windows and roof. Paso Robles Fire Captain Roger Colombo said it took approximately 20 minutes to extinguish the blaze without any threat to nearby structures.

The occupant of the RV and his dog were able to make it out and get to safety with no injuries, Cpt. Colombo said. The cause of the fire is under investigation.

–Report and photos by Anthony Reed