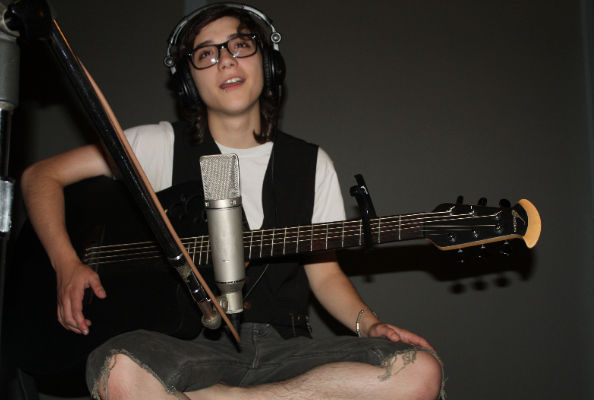 Ryan Cassata is doing much more than the average teen. He’s a transgender singer/songwriter and motivational speaker who, all by the age of 19, successfully released five albums, booked and went on several tours, and played main stages of several of the world’s biggest gay music festivals.

As one critic says, “When Ryan belts out a song, every note is infused with bravery and conviction.” He is the winner of the Harvey Milk Memorial Award, became the youngest keynote speaker for the largest transgender conference in the world, and appeared on National & International TV several times. A native of Long Island NY, Ryan now lives in San Francisco.
Special guests include Sierra West, a duo called Panga, and Ryan David Orr.

Songwriters At Play holds showcases every Sunday afternoon at Sculpterra. The showcase includes one featured act and others playing 4-song sets. We pass the tip jar during the featured set, otherwise no cover. All ages are welcome — great place for a family picnic. All ages OK, no cover charge.