Salon Roux celebrates its 5th anniversary with a benefit concert 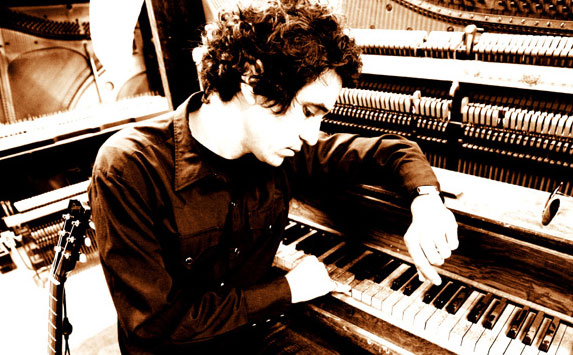 Salon Roux of Paso Robles is holding a special benefit concert to celebrate its fifth anniversary featuring singer-songwriter, A.J. Croce, with special guests, The Janks, to benefit Studios on the Park’s “Kids Art Smart” program. Presented under the stars at Castoro Cellars Winery, the concert will be held Saturday, August 23. The evening begins at 6:30 p.m.

“Salon Roux holds a party every year to celebrate our anniversary,” said Leonard. “For our fifth year, though, I wanted to do something that gives back to our community that has supported us. The “Kids Art Smart” program brings children to Studios on the Park to paint, draw and get creative, Monday through Friday. I know that if I hadn’t been in art classes through school, I wouldn’t be where I am today. Our goal is to raise enough support for “Kids Art Smart” through this benefit concert to cover their costs for the coming school year.”

“Kids Art Smart” brings local elementary students to Studios on the Park in Paso Robles, directly utilizing the artists studio setting for unique art education studying and creating works of art in mediums such as ceramics, collage, oil pastels, printmaking, and watercolor. Since 2011, more than 4,000 public elementary students have visited Studios on the Park for hands-on professional art classes completely free of charge and during school hours. Ordinarily these students, 47 percent of whom are considered low-income and at-risk, receive no formal arts education.

Individual tickets to the benefit concert are $50 each. VIP tables include wine and dinner, and are $250 for two people, $500 for four people and $750 for six people. Tickets are available for purchase at Salon Roux by calling (805) 239.9499 or by emailing info@salonroux.com.

With its serene and nurturing ambiance, Salon Roux in Paso Robles offers a full menu of hair and spa services featuring a boutique of high-end beauty brands such as Kerastase, Bumble & Bumble, Jane Iredale, Éminence Organic Skin Care, and Royal Apothic, as well as an exquisite collection of unique fashion gifts and accessories. Launched in March of 2009 by Jacque Leonard, Salon Roux quickly made its mark being voted as the “Top Salon in North County” in Battle of the Salons, and was later honored by the prestigious Salon Today Magazine as one of the Top 200 Salons in America. For more information about Salon Roux or to book an appointment, please call (805) 239-9499. Salon Roux is located at 821 Pine Street, Suite C in Paso Robles, California.