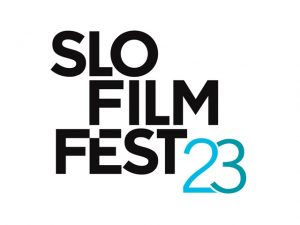 –More than two dozen local chefs, wineries, and breweries are currently on board to share their favorite creations at a Mardi Gras-themed tasting and viewing party to kick off the San Luis Obispo International Film Festival on Tuesday, March 14. The opening night event starts at 5:30 p.m. at the Fremont Theatre, located at 1035 Monterey St. in San Luis Obispo.

“This will be a foodie’s dream event,” said Teri Bayus, a local food critic and culinary storyteller. “Chefs from restaurants around SLO County will be sharing their tasty culinary treats alongside amazing Central Coast wines and other libations.”

Bayus visits chefs around the Central Coast on her show, Taste Buds, and writes about their food in her weekly column, Dinner and a Movie, published by Simply Clear Marketing and Media. When she heard the SLO Film Fest opener was to be a documentary about Ella Brennan, the matriarch of a New Orleans restaurant empire, Bayus decided that a foodie party for opening night was in order.

“It’s guaranteed to be a festive atmosphere that celebrates Miss Ella and the generous spirit of New Orleans,” said Bayus. “Café Musique will add to the celebration as they perform their eclectic, high-energy music from the stage.” 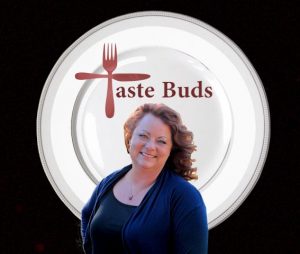 Tickets for the all-inclusive evening are $50; $40 for students and Film Society members. For tickets and list of participating restaurants and wineries, visit www.slofilmfest.org/opening-night-party-and-movie/. Admission includes: unlimited food and drink tastes, live music with Café Musique, and the viewing of the new full-length documentary film: “Ella Brennan: Commanding the Table” by Oscar and Emmy-nominated director and producer, Leslie Iwerks.

A pioneer of the modern American food movement and recipient of the James Beard Lifetime Achievement Award, “Miss Ella” groomed chefs such as Emeril Lagasse at her legendary Commander’s Palace restaurant, helping to launch the celebrity chef phenomenon. For a trailer of the film, see www.ellabrennanmovie.com/teaser.

Iwerks, director of the film and many others including The Pixar Story, Citizen Hearst, Recycled Life, will be in attendance with Brennan’s daughter, Ti Martin, and son, Alex Brennan. Both were recently named “2016 New Orleans Restaurateurs of the Year,” and, together, they will be talking with the audience about Commander’s Palace’s storied history.

For more information on Bayus and her Taste Buds show, see episodes on KSBY Channel 6 on Sundays at 3:30 p.m. and CW Channel 7, Sundays at 11 a.m. Also available On Demand at Charter, You Tube, Central Coast Now TV, and the Taste Buds Channel at www.tastebuds.tv.