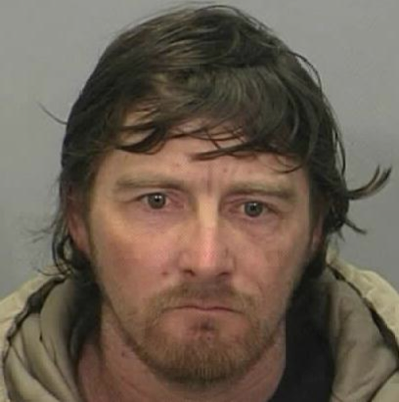 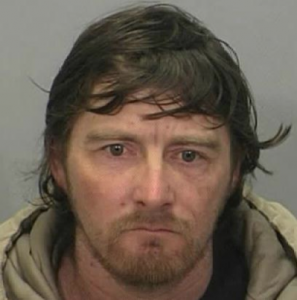 On Thursday, January 10, 2013 at approximately 10:40PM, Paso Robles police officers received information regarding a registered sex offender who was possibly in violation of the terms of his probation.

This subject was identified as 37 year old transient Robert McGuire. McGuire was known to officers due to his status as a registered sex offender, and officers were also aware that he was on probation for possession of child pornography. One of the terms of his probation prohibits him from possessing any computers or ‘smartphone’ devices.

Officers located McGuire in the Salinas riverbed area near the 100 block of Niblick Road. During a probation search of McGuire and his property, he was found to be in possession of a ‘smartphone.’ McGuire was arrested without incident for this probation violation, and during a search of the photographic images on this ‘smartphone,’ suspected child pornography was located.

McGuire was booked into the San Luis Obispo County Jail for possession of child pornography (misdemeanor) and the probation violation.

Anyone with information about McGuire’s conduct is asked to call PRPD. Persons wishing to remain anonymous can contact Crime Stoppers at 805-549-STOP or submit a Web Tip from the Crime Stoppers website at http://www.slotips.org. You can also submit a “TEXT TIP” by texting “slotips” and your message to CRIMES (or 274637). You do not have to give your name.