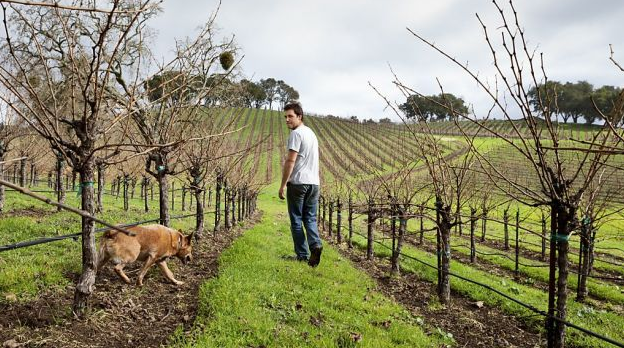 Photo by Scott R. Kline, Special To The Chronicle.

The San Francisco Chronicle this morning named 27-year-old Anthony Yount of Paso Robles a “Winemaker to watch.” Here’s the story: 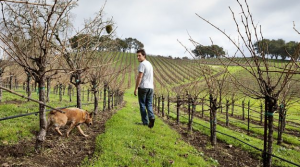 Photo by Scott R. Kline, Special To The Chronicle.

For his 21st birthday, Anthony Yount visited some local tasting rooms, including one at Paso Robles’ Denner Vineyards.

Evidently he liked the wines. Four years later, he was making them.

Yount had a notion that might be his fate. The St. Louis native had come to Cal Poly San Luis Obispo to study agricultural finance. Soon he returned to Denner for an internship, and after graduating in 2007 got a job working nearby for Cris Cherry’s Villa Creek winery.

Working at Villa Creek, and in Paso, meant red wine. But Cherry goaded Yount into making his own, and when some Grenache Blanc became available, and Cherry offered some Roussanne from the famed James Berry vineyard nearby, Yount couldn’t say no.

“It wasn’t going to compete with my employer, and it was something of my own,” he says. Kinero was born in 2008. In 2010, he returned to Denner, and it certainly didn’t hurt to be in a great neighborhood, the Willow Creek area, nestled into the Santa Lucia range foothills near the Templeton Gap.

Denner is the creation of Denver businessman Ron Denner, who planted vines in the Paso foothills in 1999, essentially next door to James Berry. Its 108 vineyard acres, on calcium-rich soils, contain nearly 20 varieties. Rhone varieties are the major focus, with Syrah and Grenache dominating – including robust clones of Garnacha from Priorat.

Yount has become a serious advocate for Grenache – both red and white – which he was drawn to for what he calls “its inherent likability.” He loved its ability to succeed both in a simple $12 bottle and in sublime examples, like Chateauneuf’s Chateau Rayas, “that will make you see God.”

That not only informed his work at Denner but also gave the Kinero wines an unexpected seriousness for a modest white-wine label out of Paso. (Early success doesn’t seem to have dented Yount’s sense of humility. His Web address? Notplonk.com.) In particular, his Alice Grenache Blanc is one of California’s top examples of that grape, one that underscores its more profound possibilities.

Read the complete story at sfgate.com 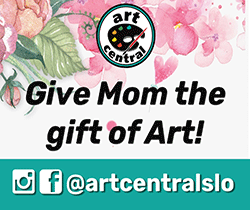