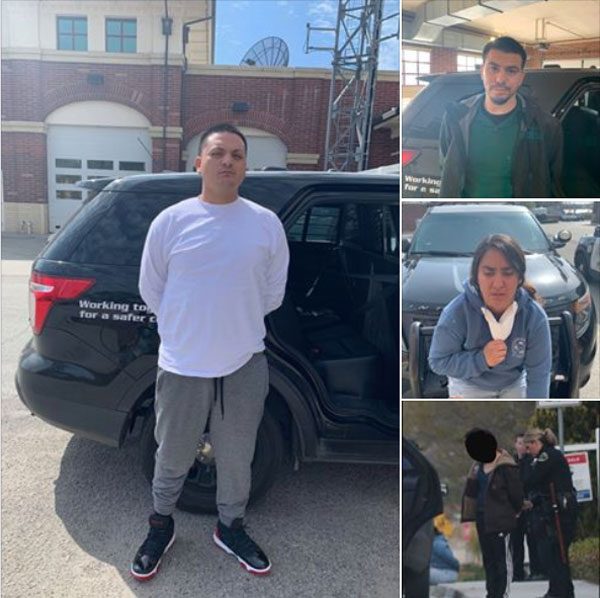 “Remember last week when we reminded everyone to lock their cars. Well, apparently, we needed to say it louder for those in the back, because a crew of thieves kept ripping off our neighborhoods. In fact, the day after our post, someone had a LOADED GUN stolen from their UNLOCKED vehicle. Seriously, Paso, just stop. Remember that stolen BMW? It was later recovered in Shafter.

“Last week we also posted a picture of a Ford Edge warning residents keep an eye out. Well, last night it returned. Early this morning a resident in the 300 block of Crown awoke to someone inside their garage. The burglars fled in a Ford Edge (stolen out of Shafter) with Paso PD hot on their tail. We knew their luck ran out when they decided to head south on Laura Way (a dead end). All three split, jumping fences, disappearing into the darkness. The trio probably hunkered down until day break when they decided to come out from their hidey-hole. We were still on the hunt, and a PRPD officer saw the trio bee-boppin’ down Creston. One was injured and one had run out of her shoes during the whole ordeal. They were a real sight to be seen. Arrested were 24-year-old Christina Roger, 26-year-old Ricardo Magana, and a 16-year-old female, all out of Shafter.

“During the investigation, we learned of a possible 4th suspect, Joel Nunez (yep, Shafter). PRPD officers located him at Walmart and he too was arrested.

“This investigation is still unfolding as we are trying to piece together this case. If you were a victim of a theft last night, lick your wounds, and call us.” –Source