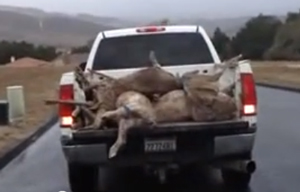 A clip from one of the videos that led to the investigation.

The San Luis Obispo County Sheriff’s Office released on Friday the results of its investigation into accusations of animal neglect regarding a flock of sheep in the Heritage Ranch area. After an extensive investigation and conferring with the San Luis Obispo County District Attorney’s Office, the Sheriff’s Office issued a statement saying there was no criminal intent or criminal negligence in this case.

On Feb. 28, the Sheriff’s Office began an initial investigation into the deaths of 25 sheep after residents had posted videos of alleged neglect. See original story here: Sheriff investigates report of animal neglect at Heritage Ranch.

Sheriff’s investigators reported the following steps were taken to determine the facts in this case: