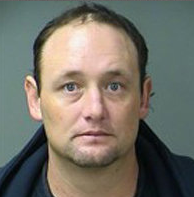 On Thursday, Nov. 1, The San Luis Obispo County Sheriff’s Office received information that Matthew James Booker, a wanted registered sex offender, was located at a home in the 5400 block of Weeping Willow Way in Paso Robles.

When deputies arrived, 38-year-old Booker of Templeton refused to come out of the home. The suspect’s father was able to make contact with Booker and talked him into leaving the residence and surrendering to deputies. Booker was then taken into custody. Booker was wanted for failing to register as a sex offender and failure to appear in court. Booker has a prior conviction for lewd acts with a child under the age of 14.

Sheriff’s investigators have been looking for Booker since he failed to make his court appearance in September.