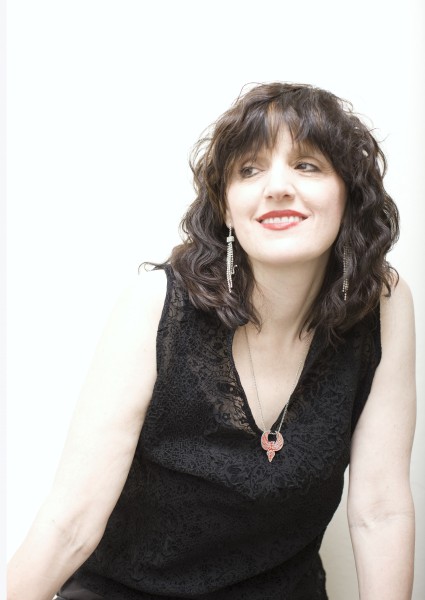 Hit Songwriter Annie Moscow performing at Vines on the Marycrest

Songwriters at Play showcase is July 6

What do Sarah Vaughn, Sister Sledge, and Mickey Mouse have in common? They’ve all performed songs written by Annie Moscow, who is a performer in her own right, coming to Vines on the Marycrest in Paso Robles on Saturday July 6. She’s headlining the monthly Songwriters at Play showcase at Vines, with special guests Steve Kindel, George Nauful, and Steve Key.

Annie’s career as a writer for other artists goes back to 1986, when her song “Tears In my Heart” was recorded in Japan by Hiromi Asai, and also performed by jazz legend Sarah Vaughn in her final New York appearance. The Mickey Mouse cut was on the 1997 Walt Disney album “Scary Songs”. Annie Moscow released her first solo CD in 2001. Her most recent album is 2011’s “Phoenix”, named for the city where she now resides.

Annie has been hailed as “a musical storyteller for adults, with virtuoso piano chops and lyrics that tell it like it is.” Her very visual songs take the listener right into the picture, often cutting below comfort levels, expressing what others think but don’t dare say. Sample some tunes at http://www.anniemoscow.com/