So You Think You Can Make Wine 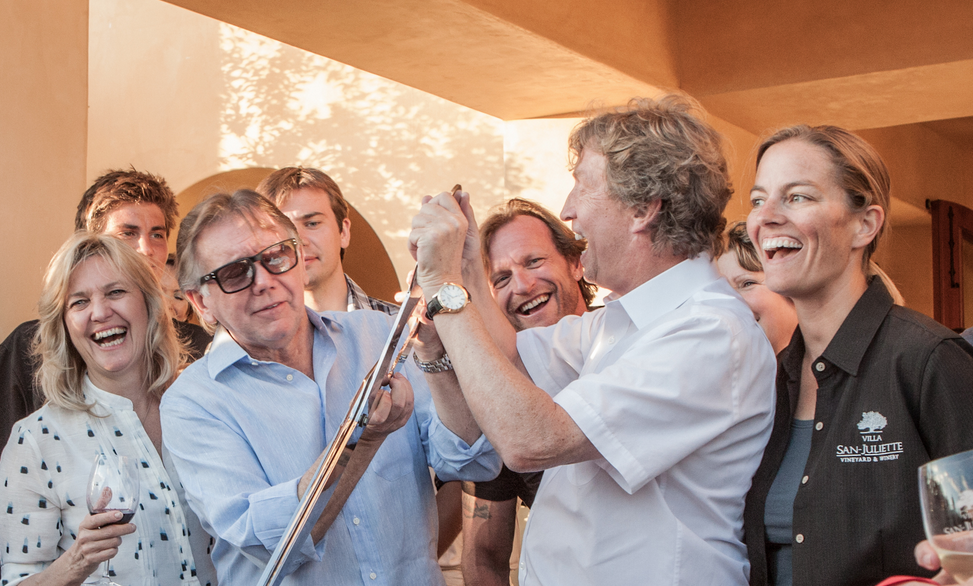 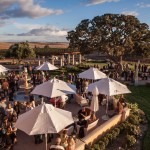 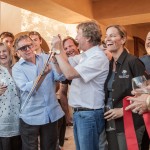 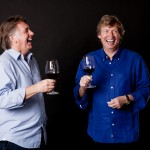 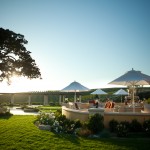 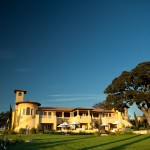 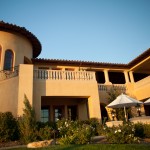 Longtime friends and business partners Nigel Lythgoe and Ken Warwick are known for their incredible achievements in the entertainment industry: mastermind producers behind American Idol, So You Think You Can Dance, America’s Got Talent and other hit shows, they have storied careers that span from performing in a music group, to choreographing for the stars to producing Emmy-nominated television programs.

What they have not, up until recently, been known for is their knowledge of the wine industry. But if they can turn any young, inexperienced-but-promising singer or dancer into a star, couldn’t they apply the same formula to making wine?

This has been the crux of a now eight-year long dream in the making. Relative ignorance of the field did not stop the two dynamos from following their dream and purchasing a 168-acre vineyard in 2005 in San Miguel where they were determined to bring their vision to fruition. What followed was an experience of often comedic ups and downs and on-the-job training that in many ways paralleled the experiences of the young stars on their popular reality shows.

And indeed, media gurus that they are, they didn’t fail to see the entertainment value in their project: they documented their misadventures in wine country for a reality miniseries called “Corkscrewed.” Aired in 2007, the show followed them on their seemingly hair-brained scheme as it gave the unlikely wine industry hopefuls an often harried crash-course in viticulture.

But, that was several years ago. Today, a different story presents itself. As Villa San-Juliette President and COO Hillary Trout says, “The wine industry is a challenge Warwick and Lythgoe have taken head-on. So many people said they were going to fail,” she says, referring to friends like Randy Jackson, Simon Cowell and Ryan Seacrest who were originally slated to share ownership in the property, but pulled out of what seemed like a risky investment. “But these guys never fail…They may not know the last thing about how to make wine, but they know what they are after and they know how create something amazing, so they are doing it out here in San Miguel.”

So, you can guess what happened when their vision, determination and business acumen were combined with 168 acres of promising raw “talent.” Warwick and Lythgoe are now proud owners of a vineyard estate where they have produced 40,000 cases of their own wine under two labels since 2008—the Villa San-Juliette estate label and their more accessibly priced Fat Monk label.

Among their estate offerings is their signature blend. Trout recalls how the winery team called Lythgoe and Warwick for creative advice after creating the first vintage of the blend. They needed help in giving it a name that would reflect its composition of the best lots on the estate. Warwick immediately said, “Oh, it’s a chorum,” a musical term meaning “the coming together of voices.” Of course. Nicely tying in their passion and their day-job, while providing an apt description of the lush wine, Chorum was the perfect name for what is now their most popular wine.

The idea for the Fat Monk line, whose sales will soon eclipse the estate wine, was also the owners’ idea. As Lythgoe and Warwick were traveling across the United States for their shows, they decided that, just as they give ordinary people extraordinary experiences on American Idol or America’s Got Talent, they wanted the whole country to be able to enjoy extraordinary California wine. The Fat Monk label that resulted is a great tasting wine at a low price-point. “We call it the Tuesday-Wednesday wine,” Trout says, adding that they’re whole philosophy is to put a better wine in the bottle than in the price-point.

And as of October 2012, if there was any doubt remaining, it seems to have been removed with the grand opening of their impressive new 14,000-square-foot Tuscan-style tasting room and events venue, where they now offer fans, friends and family—former naysayers or not—the opportunity to have a taste of their dream-come-true.

“They really designed the place to entertain and to be a place of entertainment,” explains Trout, describing the gorgeous tasting room and its four acres of lush grounds, where once stood an “old farmhouse.” The property boasts a commercial kitchen facility and will host parties and events such as private weddings and the Esprit du Vin event which was held at the property in January.

Today, eight years after jumping somewhat haphazardly into the wine industry, rolling up in a Bentley and designer suits to visit a dusty vineyard in Paso Robles, Lythgoe and Warwick are all the wiser for their experiences, and even more charmed by the vineyard lifestyle. Trout says, “They love the industry, they love the product, they love the environment.”

It’s time to cast your vote: Have the vineyard underdogs succeeded? Visit the tasting room, at 6385 Cross Canyons Road, San Miguel, from 11am-5pm daily, to judge for yourself. 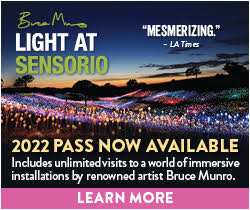