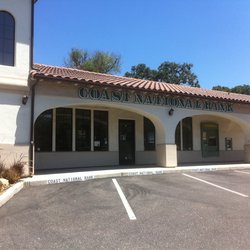 Coast National Bank announced Friday that federal regulators have lifted provisions of a special agreement reached three years ago to shore up the bank’s finances. The bank received an order terminating the consent order entered into by the bank’s board of directors in February 2011. The Comptroller of the Currency of the US terminated the order on April 9, 2014. The agreement between the bank and regulators was designed to improve the bank’s financial strength in the wake of nation-wide bank failures.

The official document states “the Comptroller believes the protection of the depositors; other customers and shareholders of the Bank, as well as the Bank’s safe and sound operations do not require the continued existence of the Order”. The bank is subject to several continuing conditions imposed by the Comptroller in connection with the termination of the Order under an informal letter agreement.

On behalf of the board of directors of the bank, Chief Executive Officer Anita M. Robinson commented “this is a direct result of the effort of the board of directors and each and every employee having worked very diligently to improve the bank’s condition and to restore the confidence of our loyal customers and the community. We look forward to the next phase of life of the bank, where we continue to be the local community bank everyone wants to be a part of.”