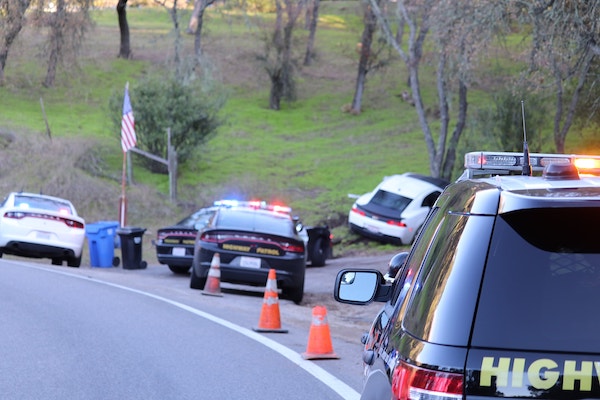 –On Tuesday, at approximately 3 p.m., California Highway Patrol (CHP) San Luis Obispo Area units were attempting to locate a reported stolen vehicle, a white 2014 Chevrolet Camaro, out of the Visalia /Hanford area. The vehicle had fled from a traffic stop and was last seen driving on Northbound US-101 while traveling at a high rate of speed on the Cuesta Grade. The CHP unit had lost a visual of the suspect vehicle. A be-on-the-lookout was being conducted by CHP Templeton and San Luis Obispo Area units. 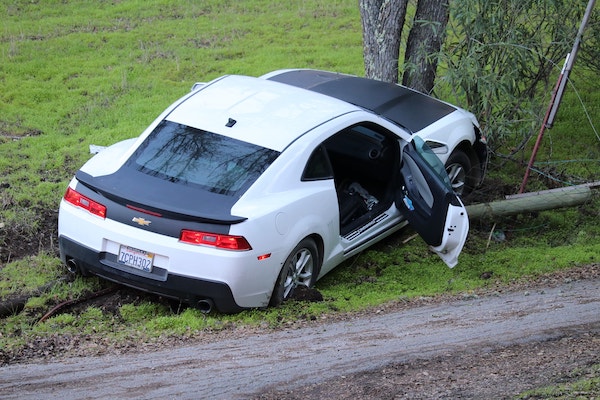 At approximately 3:34 p.m., a CHP Templeton Area unit located the vehicle traveling northbound Highway 41 East of Atascadero near Homestead Road. The CHP unit turned around and was attempting to overtake the subject vehicle. The subject vehicle went around a sharp curve in the roadway while traveling at an unsafe speed. Subsequently, the subject lost control of the vehicle as it traveled off the roadway surface toward the right and the front end of the vehicle impacted an oak tree. The driver fled on foot and was later apprehended after a thorough search in the area was conducted. The passenger was taken into custody at the collision scene. 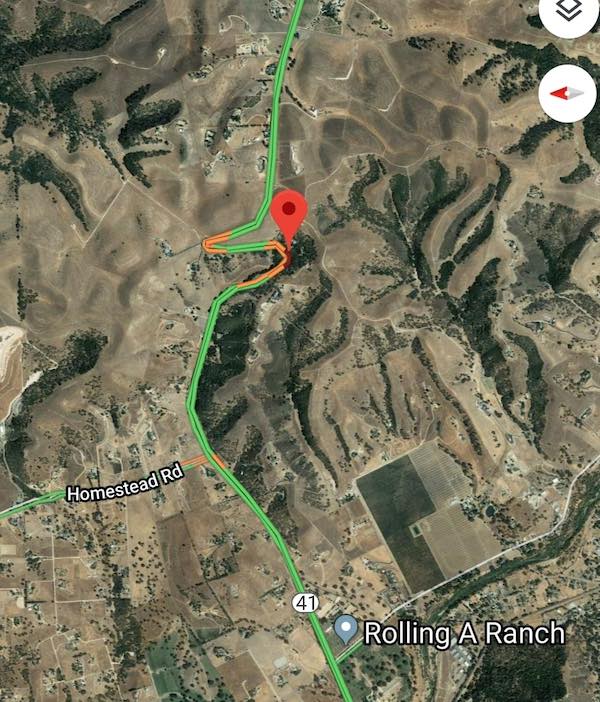