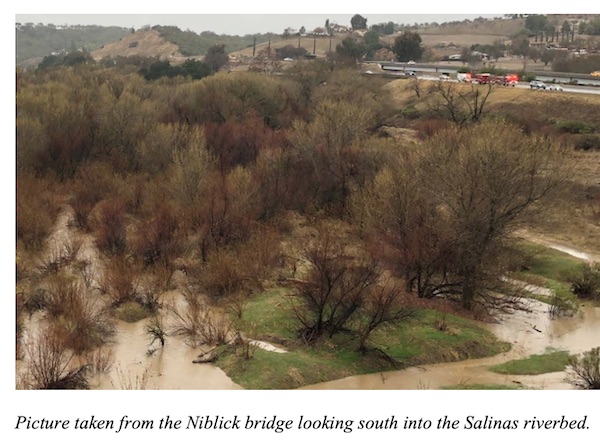 –Paso Robles continued to see heavy rainfall on Thursday and overnight until Friday morning. The rainfall total reported Friday morning in Paso Robles was 2.6-inches over a 24-hour period, which is nearly five times greater than the previous rainfall record set in 1981 of .46-inches. A similar amount reported Thursday morning brings the weekly total to more than 5 inches.

The city’s official daily precipitation is measured in inches collected at the Paso Robles Water Yard, 1230 Paso Robles Street in downtown Paso Robles. The measurements are taken at 7 a.m. for the preceding 24 hours of rainfall.

Paso Robles Water Division has recorded an average annual rainfall total of 14.11 inches from 1942 to June 2014. Click here for Paso Robles rainfall records going back to 1942.

One person was rescued from high water levels in the Salinas Riverbed Thursday afternoon.

Off Airport Road in Paso Robles, Canada Geese frolicked in a pool of water in a field just south of the Paso Robles Airport. 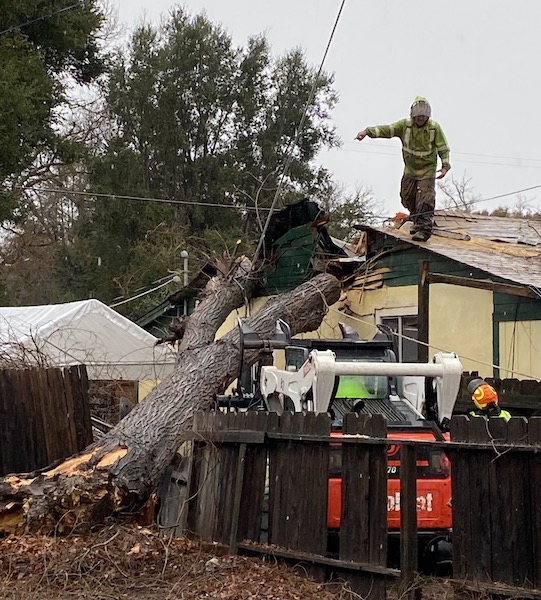 A fallen tree hit a neighbor’s house on Capistrano in Atascadero.

In Atascadero Wednesday morning, another tree fell on Capistrano Avenue, where recent winds knocked down several trees on Tuesday. After several inches of rain soaked the ground, a tree fell from a neighbor’s yard onto the house located at 5410 Capistrano Avenue. Whit’s-Turn Tree Experts removed the tree from the roof of the house Wednesday afternoon.

On Tuesday, high winds snapped a tree about a block away on Capistrano Avenue. The winds Tuesday gusted to an estimated 50-60 miles per hour. No one was reportedly hurt in either incident. North County residents could be seen Friday morning assessing the aftermath of the storm damage.

A portion of Highway 1 collapsed north of Ragged Point near Big Sur.

PG&E customers lost electricity in Cambria, San Luis Obispo, and across the North County, according to the outage page, which can be viewed here.