The Paso Robles Chamber of Commerce announced today that Sunni Mullinax has resigned from the position of president and CEO to pursue other opportunities. Mullinax has been with the chamber since July of 2014 and is stepping down effective immediately. 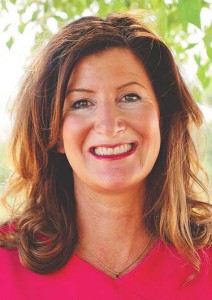 “An opportunity has presented itself that I couldn’t pass up and I look forward to sharing about it soon,” Mullinax tells the Paso Robles Daily News. “The Paso Robles Chamber is an amazing organization.” She highlighted a few of her successes as chamber president: bringing back the breakfast networking meeting Wake-up Paso, hosting a successful 2015 annual dinner, and engaging the chamber in workforce development programs that were geared to retain businesses that are challenged with finding quality employees.

The board of directors wished Mullinax the best in her future endeavors and thanked her for her support and dedication to the organization, in a press release issued Monday.

The board is in the process of forming a hiring committee to immediately begin the search for both a permanent replacement and an interim operations manager. Interested applicants can email their resumes to chair@pasorobleschamber.com.