Paso Robles News|Friday, December 2, 2022
You are here: Home » Wine » Take a chance on Per Cazo Cellars

Take a chance on Per Cazo Cellars 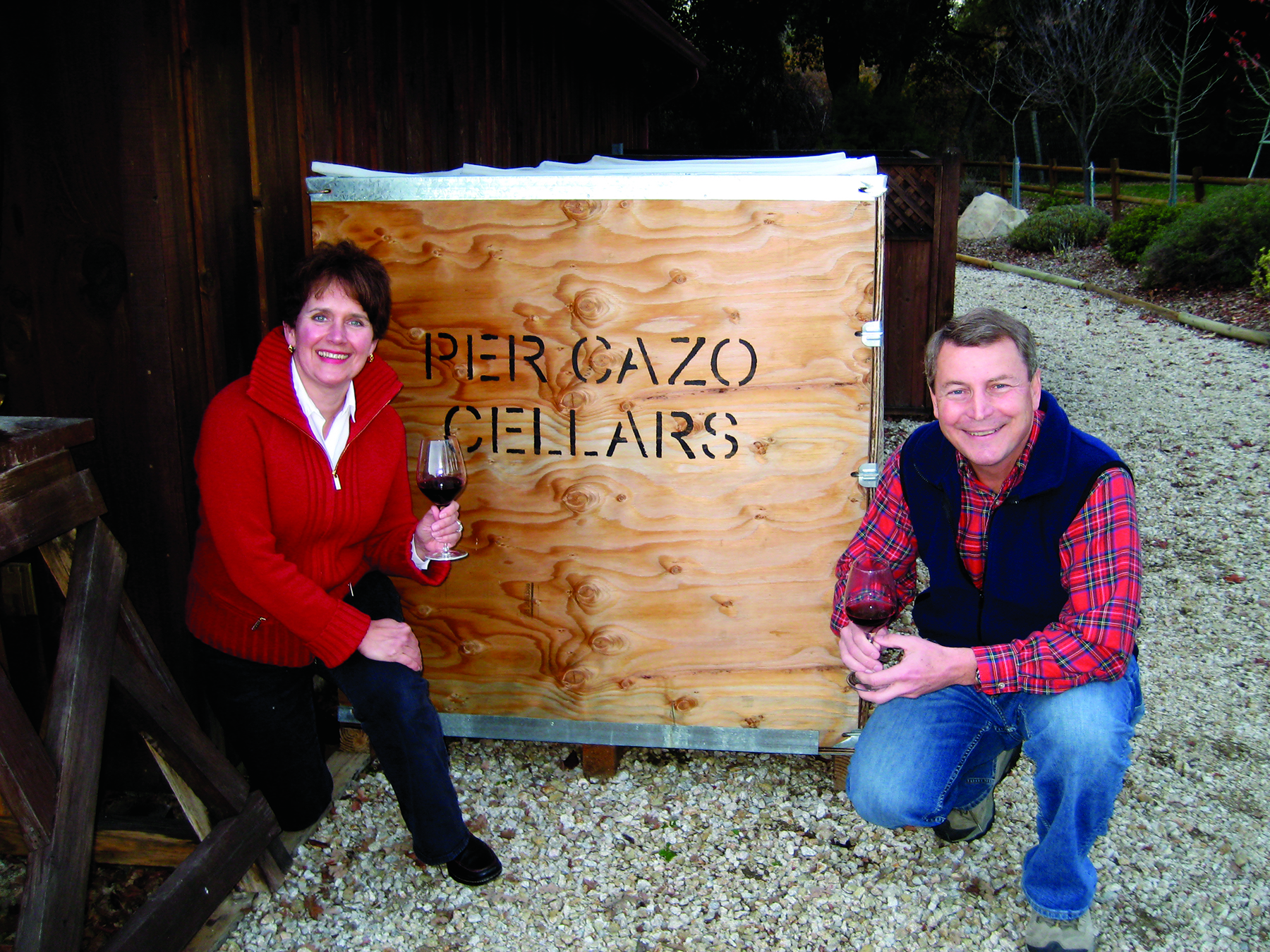 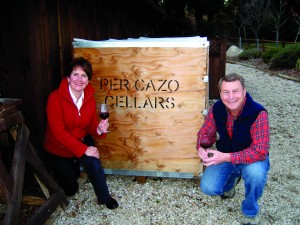 Per Cazo is Italian for “by chance”, and that is exactly how the story of  Per Cazo Cellars and Creekside Bed and Breakfast began.  But, you can be sure that Lynne and Dave Teckman have left nothing “to chance” in their quest to produce quality award winning boutique wines presented in a most affable, personal and friendly atmosphere.

Prior to their move to Paso Robles in June of 2009, the Teckmans lived in Minnesota for 15 years.  It was during that time, that they really began their love affair with wine.  Visiting many of the great wine regions of the world, they had what they considered a decent wine cellar.  They enjoyed wine trips with friends to Napa and Sonoma, Oregon’s  Willamette Valley, Tuscany and Bordeaux, often during harvest.  They did what so many who love wine have dream of: They helped on the sorting line, shared lunch with the pickers and became familiar with the actual workings of the wineries. They envied the lifestyle and knew they were ready for a new adventure, ready “for their second 50.”  It was only a question of where they would end up and become winemakers.  With two adult children, one in Hong Kong, the other in Southern California, the Teckman’s were ready for a change.

It was with the intention of visiting the Santa Barbara wine country for the weekend that their first “per cazo” moment took place.  Unable to find a place in or near Santa Barbara to stay, they looked at the map, saw that Paso Robles was only “an inch” away and having heard great things about Paso wines decided to go there.  Arriving in Paso Robles, spending some time, meeting the people, tasting the wines, they looked at each other and knew they were home.  As they say, the rest is history, and since then has been history in the making, much to the pleasure of the wine community and a quickly growing fan club and audience.

Not wanting to be farmers, they were lucky to find a beautiful piece of property with a wonderful Spanish style home and a comfortably inviting yard.  The property even came with a two bedroom Bed and Breakfast.  They had no idea that instead of farming, and in addition to making wine, they would become innkeepers as well!  This was certainly NOT in their plans….but turned out to be another “per cazo” blessing.

Lynne and Dave met Steve Glossner, longtime Paso winemaker, who has and does make wines for several well regarded Paso wineries, including his own award winning port style label, Paso Port.  Discussing their goals, likes and dislikes, Steve became the lead winemaker for Per Cazo.

Lynne and Dave are intimately involved with the entire winemaking process with Glossner. As the fruit evolves throughout the aging process, the character of each barrel dictates exactly what wines will be bottled at each vintage.  2008 saw the initial release of their first four wines.  Per Cazo is currently pouring 9 wines but due to the limited case production, some wines are allocated to wine club members only.

Not being farmers, the Teckmans have the advantage of contracting for grapes from various vineyards in the Paso Robles AVA.  They are particular about the fruit they purchase, and able to take advantage of the best fruits the various micro climates offer, thus procuring exactly what they want with the different varietals they purchase.

While Per Cazo does not have a tasting room “per se”, tastings are offered by appointment, in Lynne & Dave’s home.  Being a small, boutique winery, Lynne likes to interact with each and every wine tasting guest.  Tastings are by appointment (at no charge as you are a guest in their home), and she is always ready and willing to schedule small or large groups.  It is a real treat to taste in a cozy, intimate setting giving guests a chance to relax, explore and learn about Per Cazo wines and Lynne and Dave’s history.

Entering the Teckman home, you are immediately surrounded by warmth and genuine hospitality. You feel immediately as one of the family. The time of year and weather will determine where you are tasting.  If the weather is nice, tastings may be set up outside..  Each wine is perfectly paired with cheese or chocolate and nuts.   As you sip by the pool, you are likely to see deer, bunnies, birds of prey and other wildlife, as the breeze whispers through the trees.

Or, if you are there during the winter months, you will be sitting around the dining room table, fire blazing, with the smell of pine in the air.  But no matter where you taste, you will be sipping wonderful wines, with a wonderful host who will make you feel like you are the most important person in the room.  Leave your worries behind, you’ve just found a little piece of heaven.

Complimenting the intimate and friendly wine tasting atmosphere is the “other” side of the venture, Creekside Bed and Breakfast.  This part of the winemaking adventure certainly WAS by chance! Although becoming innkeepers in addition to winemakers was not the original plan, Lynne approached the hospitality side with the same sense of friendship, intimacy, dedication, perfection and quality as she did the wine side.

Per Cazo currently produces 9 wines:  1 white, Tres Blanc, which Lynne aptly describes as “the white wine for red wine drinkers”, 7 reds and a dessert wine.  The variety of reds offer something for every taste, from Bordeaux style to Rhone Style, with wonderful blends and single varietal wines.

Their production has increased from 600 cases initially, to 1500 cases for the current release.  All sales are made through the wine club, at their “tasting home” and online.  There is no retail distribution. Each vintage has sold out prior to the next being bottled.

The Wine Club (currently about 600 members) consists of two 6 bottle shipments per year, which members can customize and membership includes a variety of “perks” including catered pick up parties, discounts on Creekside B and B and other special offers and events during the year.  Recently there was a winemaker dinner at LaBellesera, with Per Cazo being the featured winery of the month.

Per Cazo has received recognition and numerous awards during their short history, including Best of Class two years running in the Central Coast Wine competition for Tres Blanc, Platinum in the San Diego International Wine competition for their 2009 Old Bailey Cabernet, in addition to several other awards.

To excite your pallet and introduce you to a lineup of wonderful wines, in an intimate setting, contact Lynne Teckman.  She will be happy to set up a tasting for you and your party.  (805) 227-4949