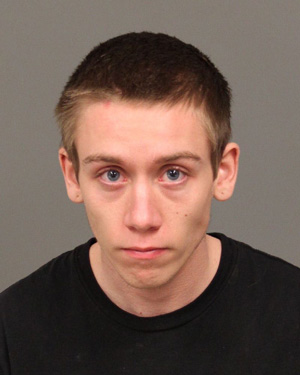 22-year-old Isaac Daniel Byers of Paso Robles was arrested for felony DUI. He is being held on $100,000 bail.

Andrew Phillip Kunz, 19, of Paso Robles suffered major injuries in an early morning vehicle accident Sunday. He was a passenger in a vehicle driven by Isaac Daniel Byers, 22, of Paso Robles. Byers was arrested for felony driving under the influence (DUI).

Rescuers continued care during transport to the trauma center at Sierra Vista Regional Medical Center in San Luis Obispo. The driver of the vehicle self-extricated and was transported to Twin Cities Community Hospital.

Officers determined the vehicle had been traveling westbound on Highway 46 East and left the roadway for unknown reasons. It then collided with an oak tree, causing injuries to both occupants.

The passenger, Andrew Phillip Kunz, is currently in critical condition at the hospital.The driver, Isaac Daniel Byers, was treated and released at the hospital and then arrested for felony DUI causing injury. He was processed at the PRPD and then booked into the SLO County Jail, where he is being held on $100,000 bail.