Teens arrested for burglary of Alliance Board Shop 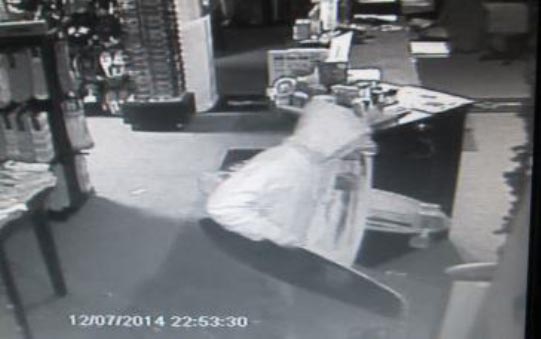 A still image from security video at Alliance Board Shop.

On Sunday night at about 10:56 p.m., the Paso Robles Police Department received a report of a burglar alarm at Alliance Board Shop in the 1200 block of Park Street.

Officers arrived within one minute and discovered the glass broken out of the front door to the business. A police canine team searched the building and found it unoccupied, as the suspects had fled prior to police arrival. Officers reviewed surveillance video and determined that three unknown male suspects had forcibly entered the business by smashing out the glass front door.

Once inside, officers discovered the suspects stole a number of skateboards and clothing items, valued at over $1,400. The suspects had attempted to conceal their identities by wearing hooded sweatshirts and covering their faces with clothing, however the information about this crime and the general description of the suspects was broadcast to area law enforcement agencies to be aware.

A little more than an hour later, early this morning at about 12:30 a.m., the Atascadero Police Department notified Paso Robles police that one of their officers had stopped a vehicle near the intersection of Capistrano and Lewis in that city and discovered what appeared to be property stolen in this burglary. The vehicle had been stopped for vehicle code violations.

Paso Robles police officers responded and, working with the Atascadero officers, discovered that the three juvenile male subjects in the vehicle were in possession of all the property stolen from the victim business. All three matched the descriptions of the suspects from the security video.

The three male juvenile suspects were identified as two 15 year olds and one 16 year old. All are residents of Paso Robles. None of these suspects are being identified because they are juveniles. They were all processed at the PRPD and later booked into the SLO County Juvenile Services Center for charges of burglary, possession of stolen property, possession of burglary tools, and criminal conspiracy.

No one was injured during the incident.