Berdette Robison moving on to pursue other interests 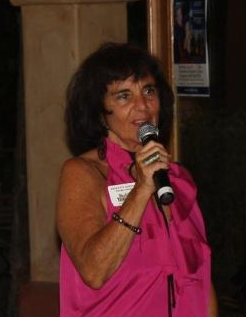 “I will be calling for a special meeting of the Board [of Directors] within the week to make some decisions on how to proceed going forward,” said Rosales.

According to Rosales, in the year that Robison has been the Executive Director, Chamber membership has grown over twenty percent, successful new events have been added to the Chamber’s calendar, numerous new relationships have been fostered between the Chamber and other civic groups, schools, and businesses around Templeton.

“There are many other accomplishments to her credit,” continued Rosales. “As an organization, we owe Berdette a huge thank you for her endless hours of truly dedicated efforts on behalf of the Templeton Chamber of Commerce Board of Trade.”

“This has been an incredible opportunity and I can’t thank the Board and the community enough for embracing me during this last year,” said Robinson during a late afternoon interview on Friday. “And I’m delighted to help whoever is hired.”

She also confirmed that she would be available to work with the Chamber as an independent contractor on various upcoming events throughout the transition period.

And what other interests will she be pursuing? “I’m opening a business locally as an event coordinator and booking agent,” said Robison who has been instrumental in bringing a number of Chamber sponsored events to the Templeton Performing Arts Center over the last several months.