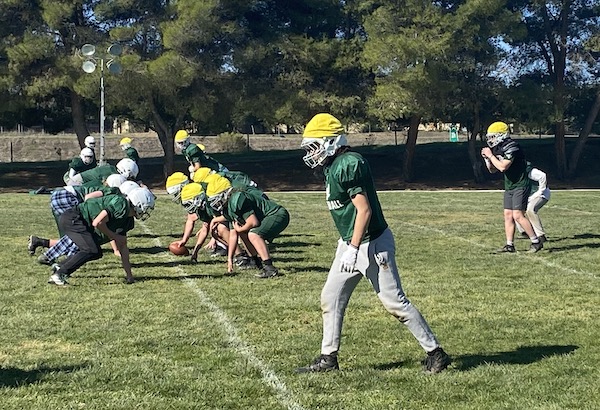 Most of the schools have five games, but some teams are looking for additional games. They can play between March 19 and April 30. The Eagles drew a bye for the first week, so they begin to play March 26 against Righetti. Then they’ll play Arroyo Grande, St. Joseph, Paso Robles, and San Luis Obispo.

The way the rules stand today, and they may change, only immediate family members may attend the games. The immediate family sits together in pods at a distance of six feet from other family pods. All who attend must wear masks.

Some of the games will be live-streamed. Templeton High School bought a camera that automatically follows the ball. There will be no camera operators. There may also be radio play-by-play, but the announcers may be required to wear masks.

The final games of the season will be played Friday, April 30.

The game between Templeton and Paso Robles may be the first between those two neighboring high schools. A former Paso Robles coach who is now with the Eagles, says he looked over previous records and found no evidence of a previous game between the two schools. For many years, the Eagles played six-man football because it was a much smaller school.