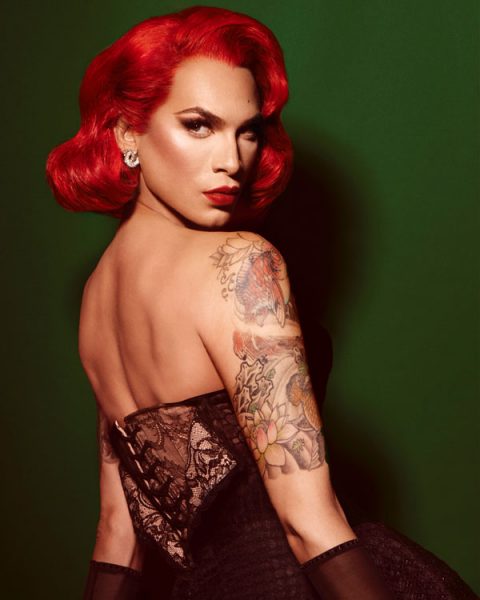 –Going from Templeton ranch life to taking Miss Fame to “Ru Paul’s Drag Race” on Logos TV, then to the Cannes Film Festival red carpet has been a life-confirming adventure for local Kurtis Dam-Mikkelsen. In his own words, Dam-Mikkelsen is “Leaving footprints that have never been left before.” In a recent interview Dam-Mikkelsen talked about the significance of growing from a boy on a Templeton ranch to creating Miss Fame and being the first drag artist to walk the red carpet at the Cannes Film Festival. As Dam-Mikkelsen talked about how he got from his grandparents ranch to representing L’Oreal Paris on the Cannes red carpet he also talked about the importance of staying grounded while exploring his art form to inspire “authentic self.”

Dam-Mikkelsen sees his accomplishments as more than just winning a place on the seventh season of “Ru Paul’s Drag Race” in 2015 and walking the red carpet at Cannes the following year. Dam- Mikkelsen said Cannes was a reward but, “it doesn’t end there.” To Dam-Mikkelsen the red carpet meant his “hard work was being recognized,” but he is always looking for the next challenge and the next opportunity. 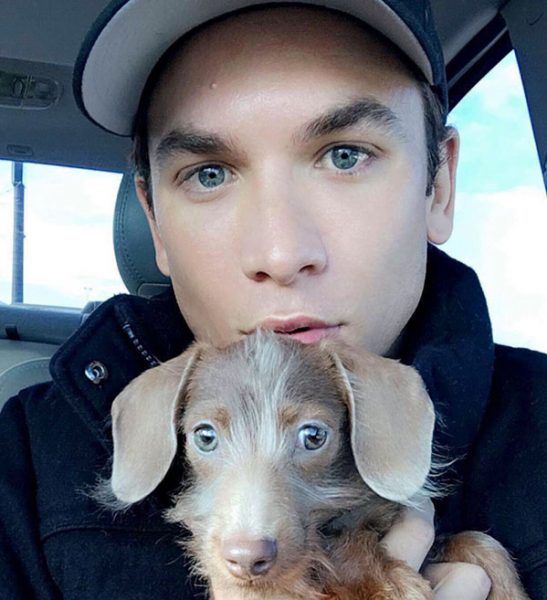 Kurtis Dam-Mikkelsen: from Templeton to the red carpet.

Signing as the first drag model to represent L’Oreal Paris at the 2016 Cannes Film Festival is one of those “next opportunities,” that Dam-Mikkelsen meets with his brand of graciousness and humility. Citing a “turbulent start” as a child and eventually living with his grandparents in Templeton Dam-Mikkelsen said that even though country living was hard work, but he was inspired by the experiences and the rural scenery, which he said gave him a “passion for inspiration.” He developed an interest in photography and representational painting. As a youth he did some modeling and runway work in San Francisco and Los Angeles, eventually moving to Northern California and from there to New York in 2011. “I wanted to move to New York to model,” said Dam-Mikkelsen. “I just happened to sell some paintings that funded my move to New York.”

Dam-MIkkelsen worked as a make up artist while trying to break into modeling, “I was not fitting the description, not what they were looking for, so I had to find my own voice.” The company he was working for invited him to do a drag performance at a charity event and that was his opportunity to introduce Miss Fame. People liked Miss Fame and told him that he should “lean in to this,” which encouraged him to explore Miss Fame. While growing up, Dam-Mikkelsen said he experienced, “a void of people hearing me and seeing me.” When he began performing as Miss Fame, “they looked, they saw me and then I told them my truth.”

“I speak about Miss Fame in the third person because we work together. I don’t have the luxury of having a pretty face because I am a man wearing make up.” Dam-Mikkelsen said, “Make up can be transforming, taking us beyond the norm.” Miss Fame is the essence of love, support, encouragement and guidance. I can use this platform for good. Through Miss Fame, Dam-Mikkelsen said he is “blurring the lines…I feel I’m representing this gender neutrality and sharing my truth.”

Dam-Mikkelsen said that the successes he experiences, including the L’Oreal Paris ad campaign featuring Miss Fame that is now releasing in Europe, are only part of his journey. “I stay grounded by checking in with family everyday. I call somebody and stay in constant contact. Family is the core I lean in to.” Dam-Mikkelsen said other practices that help him stay grounded and in touch with his core are prayer, “talking to a higher power and asking to be of service, and being open minded to the stories of others and taking time to be close to friends.”

Most recently, Dam-Mikkelsen and Miss Fame attended the Berlin Film Festival in February as the official spokes model for L’Oreal and was part of the Atelier opening party for L’Oreal in Berlin.

Click here for a video of Miss Fame at the Cannes Film Festival.