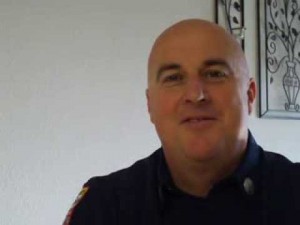 The Templeton Community Services District announced on Tuesday the appointment of Keith Aggson as interim fire chief. Aggson is a long-time fire captain with the Atascadero Fire Department. Aggson will work approximately 12 to 20 hours a week while the district recruits for a full time, permanent chief. Aggson will continue to serve the City of Atascadero and assist the district on his days off. Aggson begins work in Templeton on June 3, 2014.

Aggson says he is excited for the opportunity to serve in the role of interim chief for the Templeton Community, where he and his family reside. Aggson said he looks forward to leading the Templeton Fire Department during this transition period towards a more efficient and effective firefighting force.

Aggson said that “one brick at a time we will explore ways to do more with less than our neighboring communities while instilling pride and ownership of TFD. Thus far I have been impressed with what has been accomplished with limited staffing and funding. It has exceeded my expectations.”

General Manager Jeff Briltz said “the Templeton Community Services District is fortunate to have someone of Aggson’s caliber and background joining us”.