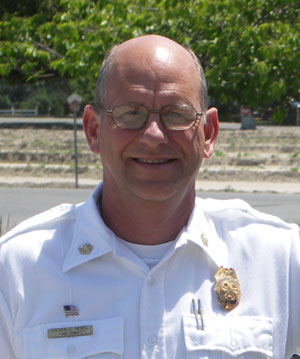 Chief Negro begins work at the district the week of Feb. 10, 2014. He looks forward to working with the members of the Fire Department, staff, and the community at large, a district statement reads.

Chief Negro has more than 40 years in the fire service. He started at the age of 16 as a volunteer firefighter for the Soquel Fire Department and retired in 2006 after 15 years as the fire chief of the Salinas Rural Fire Protection District in Monterey County. He currently maintains a position on the Federal Type 1 Incident Management Team.

Negro, who was selected from a field of local candidates, has a Bachelor of Arts, Public Administration Degree from Fresno State University.

Posted in:  Templeton
About the author: Publisher Scott Brennan