Thanksgiving for Paso Robles serves up more than 1,000 free dinners 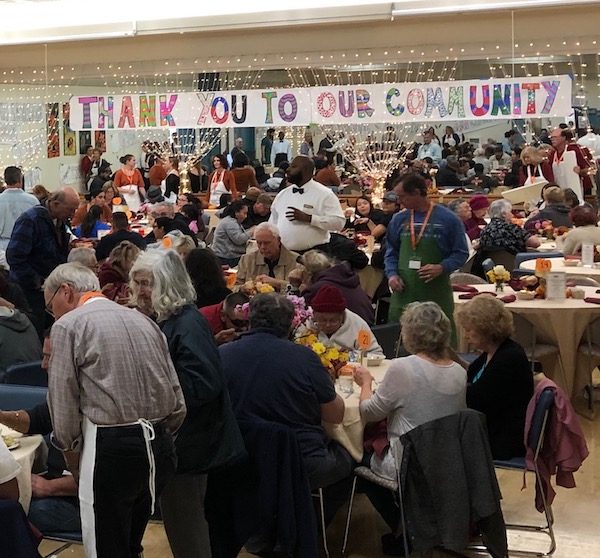 –Thanksgiving for Paso Robles served more than 1,000 free dinners on Thursday at Centennial Park. Many dinners were transported by volunteers to homes of those in need.

More than 200 volunteers cooked 44 turkeys at the Culinary Arts Academy beginning Monday and served the meals between 11-2 on Thursday. Wearing white shirts, white gloves, and black slacks, the men of the Second Baptist Church helped seat those who showed up for the free meal. 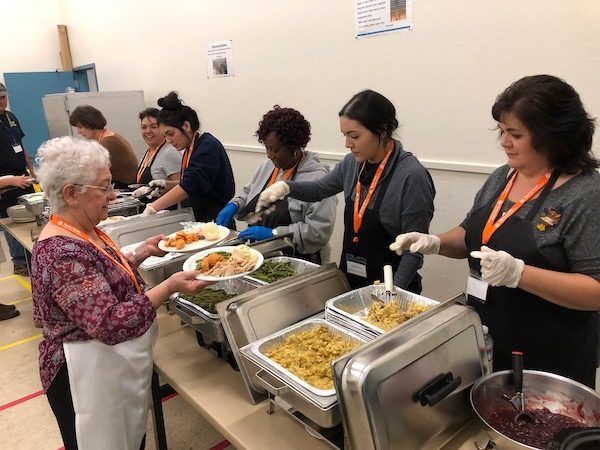 Thanksgiving for Paso Robles also served about 100 meals to others at the El Camino Homeless Organization in Atascadero.