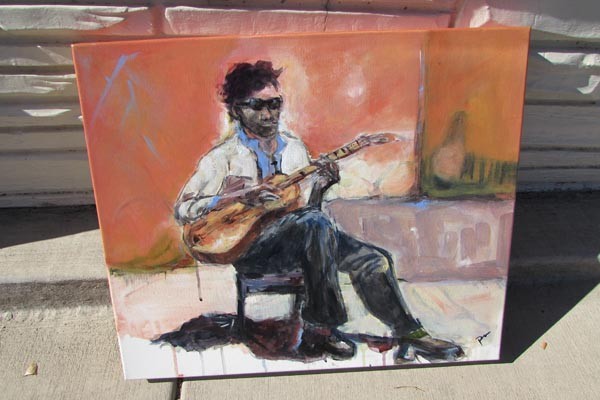 –Bobbi Nunez and Bill Arkfield, owners of the ARTery in Atascadero have opened their doors for another art show. The “Under $200 Art Show” features 24 local artists and 50 pieces of original art that includes paintings, drawings, collages, three-dimensional art, and jewelry. The show is open now and can be viewed between 11 a.m. and 6 p.m. at 5890 Traffic Way. The ARTery is closed Sunday and Monday and open until 4 p.m. on Saturday.

“We like to hold this show every year,” says Arkfield. He said it gives local residents the opportunity to own something created by their favorite artist and helps introduce the community to the art and artists of the area. The show is not juried because Arkfield and Nunez want to encourage artists who are not used to exhibiting to share their work. 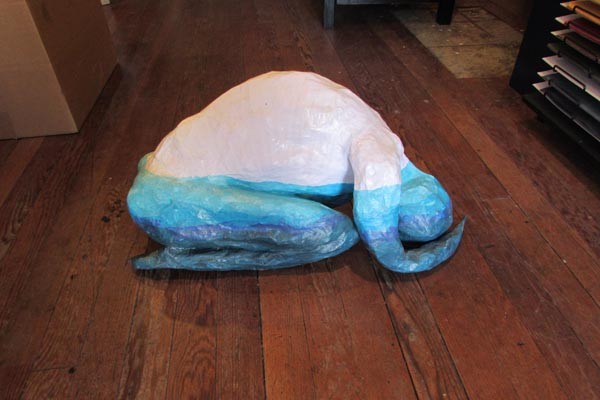 This is the first public showing for some artists, like Colleen Leigh who has two pieces in the show, “Surrender Girl” and “Ragee,” both representing deeply personal transitions. Leigh says, “For too many years, some consecutive, I have lost loved ones suddenly. I needed an outlet to express the inexpressible. Surrender Girl came after Ragee. I was brought to my knees and I said to myself and the Universe…’I surrender!’ I had to let go of the rage and the resistance to feel it…and Surrender Girl was born. She is made of newspaper, cardboard, papier-mache, layered with white paper and starch, and topped with tissue paper. The light to dark effect represents her being submerged in water going with the flow of life, accepting and softening into what is.” 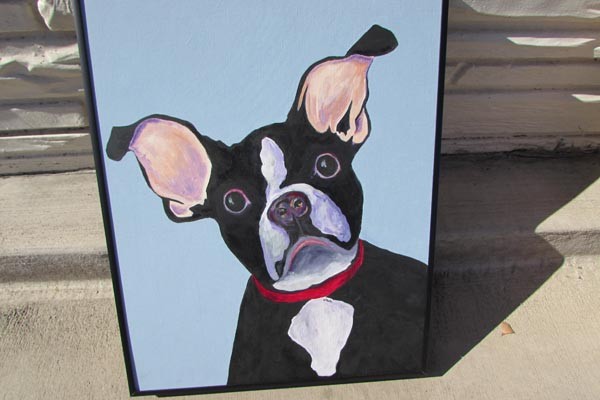 “What” by Jackie Jade Herrera.

“What?” a painting by Jackie “Jade” Herrera, is one of many paintings of dogs she has painted. “I belong to the Cayucos Art Association and a while ago some other members and I had the idea to paint as many dogs as we could and donate the proceeds to the San Luis Obispo County Animal Shelter.” All together she has painted 26 dog paintings for the art association project. “I usually work in paper collage,” stated Herrera. One of her collages is also in the show. “What?” was recently on exhibit at Top Dog Coffee in Morro Bay. Herrera said more of her dog paintings are on exhibit at the Sands Inn and Suites in San Luis Obispo. “They are there waiting for adoption.” said Herrera, who stated she likes to price her art so it is affordable, “because everyone needs art.”

The ARTery holds several shows during the year, often featuring the work of a single artist or a theme. Arkfield and Nunez say that they believe in providing a venue for new artists as well as the accomplished.

For more Atascadero news, check out the A-Town Daily News.

Posted in:  Atascadero
About the author: Reporter Jackie Iddings