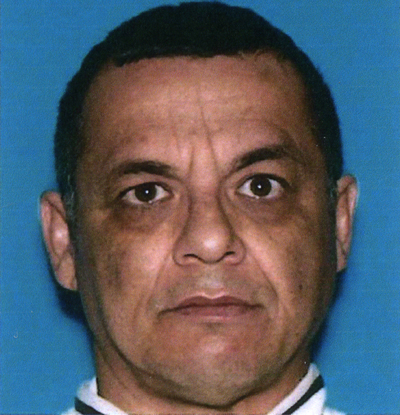 The San Luis Obispo County Sheriff’s Office is releasing updated figures on the massive narcotics raid that was conducted on Dec. 4. Approximately $66,000 in cash was seized from the different locations where search warrants were issued. Investigators confiscated seven and half ounces of heroin with a street value of approximately $10,000.

That’s in addition to the 2 1/4 pounds of heroin that was previously confiscated that had a street value of more than $100,000. Fifty guns were seized, 40 of them at one location alone. Of the 50 guns, one was stolen and three were considered to be assault weapons. The guns included revolvers, rifles and semi-automatic weapons. Investigators also seized eight vehicles and one boat.

This historic heroin bust was not simply a round up of local dealers, San Luis Obispo County Sheriff Ian Parkinson said in a press conference this week. It was a take down of the largest suppliers of the drug in the region, he said. Those arrested were suppliers bringing in large quantities of heroin believed to be connected to the Sinaloa Mexican drug cartel, he said.

Business owners among those arrested

Three of the arrestees were owners of local businesses, according to news reports. Forty weapons were found at the Oceano home of 29-year-old Jose Jaime Figueroa, who owns Figueroa’s Tires in Atascadero, the San Luis Obispo Tribune reported. Adrian De Martino Morales, 24, and Aldo De Martino Morales, 22, are part-owners of the Cinco De Mayo restaurant in San Luis Obispo.

Heroin may be in short supply

Because of the bust, authorities speculate that heroin will be in short supply for sometime. Over the past two years heroin has grown in popularity nationwide as a street drug replacement for OxyContin. The prescription drug OxyContin is an opioid narcotic used for pain relief. It creates a mild euphoric high for users. The makers of OxyContin reformulated the drug in 2010 to make it harder to crush for snorting or smoking. Heroin, also an opioid designed for originally for pain relief, is an illegal and more powerful substitute. Its street names include H, smack, horse, brown, black, tar, and it is made from the opium poppy.