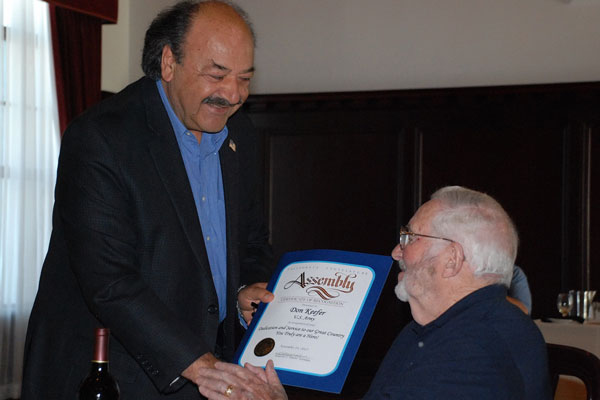 Veterans Don Keefer and Ed Monteith were sponsored by the club to fly to Washington D.C. to visit the nation’s war memorials through the Honor Flight Network. State Assemblyman Katcho Achadjian spoke to the club and presented the veterans with certificates of recognition from the state capital. 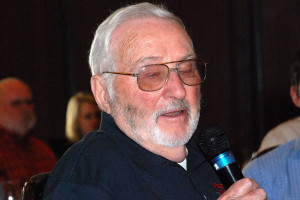 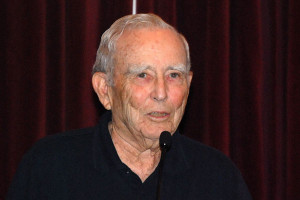 The Rotary Club raised over $4,200 to participate in the Honor Flight program. Keefer, 88, and Monteith, 95, were accompanied on the journey by two escorts: Keefer’s grandson Zack Taylor, son of Shelley and Wade Taylor, and Rotarian Dr. Rex Thornhill, who paid for the expenses of his trip.

Ed Monteith is a retired US Navy captain who served in the Pacific air campaign around Midway and the Solomon Islands. Don Keefer, a member of the Rotary Club and past president, served in the US Army in Europe. After the war, Keefer returned to Paso Robles and later was city manager.

The veterans spoke to the club, recalling their service during the war and journey to Washington D.C.  The Honor Flight fundraising effort was spearheaded by Rick Minton of the Paso Robles Rotary Club. Over 40 members contributed $100 each to the effort. Thornhill announced the creation of a Central Coast Honor Flight fund to raise donations and send more veterans to see the nations war memorials.

The Honor Flight Network is a non-profit organization created solely to honor America’s veterans for all their sacrifices. They transport veterans to Washington, D.C. to visit and reflect at their memorials. Top priority is given to the senior veterans – World War II survivors, along with those other veterans who may be terminally ill. According to the Department of Veterans Affairs, an estimated 640 WWII veterans die each day.