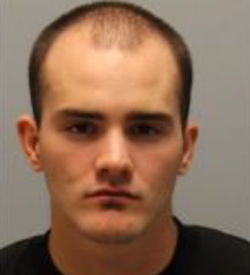 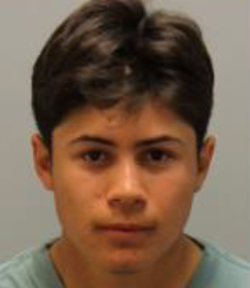 On Friday at about 10:18 p.m., Paso Robles Police Officers report they were dispatched to the 100 block of Niblick Rd. for a stabbing that had just occurred. Upon arrival it was discovered that all of the involved parties were no longer at the scene. The victim of the assault, a 31-year-old Paso Robles resident, returned to the scene and contacted officers identifying himself as the victim of the stabbing, according to a police report.

He had sustained an apparent knife wound to his forearm that required sutures. The victim described being in the drive-thru of a fast food restaurant, when he was confronted by two suspects. The suspects suddenly struck the victim while he was sitting in his
car, and at some point stabbed the victim, the report says. The victim was treated and released for his injuries at Twin Cities Community Hospital.

The police department’s Special Enforcement Team assumed the case, and was able to identify two suspects based on witness and victim statements. Those two suspects were contacted at a residence in the 400 block of Helen St. in Paso Robles. The two were determined to be responsible for the assault and stabbing and were subsequently taken into custody. The knife used in the assault was also recovered.

This investigation is currently still under active investigation, but it has been determined that the incident was gang related. The County Gang Task Force was notified of this incident and are assisting with the investigation. The following suspects were taken into custody:

The Paso Robles Police Department is requesting the public’s assistance with solving these crimes. Anyone with information about these, or other crimes, is encouraged to call the Paso Robles Police Department at 805-237-6464. Or persons wishing to remain anonymous are encouraged to call Crime Stoppers’ 24-hour hotline at 549-STOP or by texting “SLOTIPS” plus your message” to CRIMES (274637).