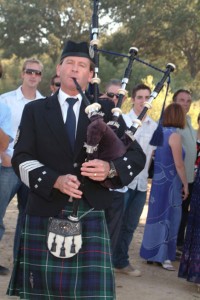 The San Luis Obispo Vocal Arts Ensemble will be putting on the green on the weekend prior to St. Patrick’s Day, holding three concerts entitled “Celtic Charms” in Cambria and San Luis Obispo. Highlights of the program include a live bagpiper opening and closing each show, plus classic Irish ballads “Danny Boy”, “Bonny Wood Green” and “The Star of County Down”.

Guests are invited to experience many more traditional songs, contemporary tunes and even some quite cheeky numbers to get in the spirit of St. Patrick’s Day.

For the last 37 years, the Vocal Arts Ensemble has been regarded as a community treasure of California’s central coast, regularly entertaining audiences with a variety of concerts in and around San Luis Obispo County. The group has also become highly regarded beyond our shores, winning friends, acclaim, and awards in international choral festivals. Tours have included the British Isles, Russia, Poland, Italy, Austria, Slovenia, Hungary, the Czech Republic, Argentina, Uruguay, Sweden, Norway and Canada.

Over the years, numerous singers with Vocal Arts have also been successful professional performers. Others are dedicated amateurs who may be seen performing a variety of noteworthy “day jobs” in the community. A beloved mainstay of the Ensemble is its primary accompanist, Barbara Hoff, who was formerly the principal keyboardist with the SLO Symphony. The group’s founder, Gary Lamprecht, is well known as an inspiring teacher, leader, and visionary in the world of choral music , and who recently was awarded the Lifetime Achievement award from the American Choral Director’s Association.