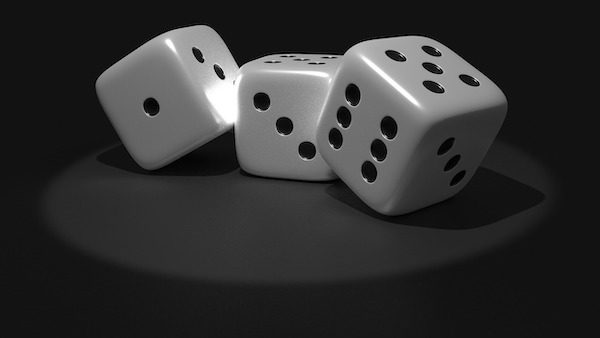 The broadcasters with the VOP Sports Network, including Dave Lambert, J.R. Reynolds, Jim Wiemann and John Doss, have teamed up with fellow Bearcats to play and broadcast “Dice Baseball.”

–With COVID-19 shutting down all major sports, including America’s pastime, baseball, the Voice of Paso (VOP) has come up with a unique way to feed the beast that is sports consumption in the United States.

The broadcasters with the VOP Sports Network, including Dave Lambert, J.R. Reynolds, Jim Wiemann and John Doss, have teamed up with fellow Bearcats to play and broadcast Dice Baseball. They have created a 10-team, double-elimination baseball tournament in which the dice make the call and the team broadcasts the game, play-by-play, as if it were physically happening, creating the illusion of a live contest.

The rules are simple. Participants pick their favorite all-time baseball franchise. Then, they choose a player for each position, three bench players and five pitchers. After that, the players take the field and the dice rule the day.

“We use three dice to determine what happens each at-bat,” said Doss. “Every possible outcome is written down beforehand, using numbers four through seventeen. Anything that happens on the baseball field from a groundout to a single, from a lineout to an error and everything in between has a number that represents it. Any roll in which all three dice are the same is your homerun.”

The fun part for Wiemann, Doss and Reynolds, who broadcast live on the VOP Sports Network, is that they recreate the atmosphere of a live sporting event simply by using dice. They have no idea what is going to happen ahead of time. While one of them talks about the stadium they’re “playing in,” the other rolls the dice to see what happens next.

Because the VOP can be heard anywhere, the broadcast team can make the competition geographically national. One team owner, Bearcat alum Pat Lawrence who now lives in Detroit, plays in the tournament as the Detroit Tigers. He plays along with the broadcast team from three hours away. When the Tigers are playing and with the shelter-at-home order in place, Lawrence and his neighbors listen to the VOP broadcasts of the “games” while enjoying BBQs in separate backyards.

“Very few people within our community have not been directly or indirectly affected in some way by the cancellation of sports. We are just trying to help people take their minds off of everything that is going on in the world for an hour or two by playing a game of chance for fun and broadcasting it just like a real ball game.”

The current tournament is nearly complete but the broadcast team is looking forward to the next one which will start soon. If you would like to participate, email feedback@voiceofpaso.com or text at (805) 712-3211 for more information.

The Voice of Paso is Paso Robles’ local Internet broadcast center featuring Oldies, Country/Western, Jazz and sports formats as well as local informational features including Recreation Radio, The Art of Life, The Next Big Thing, Reality Radio and the Recorded Mayor’s Report. Listen and learn at www.voiceofpaso.com.