–Earlier this year, Paso Robles’ water treatment plant off Ramada Drive began treating water coming from Nacimiento Lake in an attempt to meet standards for residential use. As of Nov. 20, the plant has officially received its license from the state of California to begin redistributing the water for use in Paso Robles.

The plant, owned by the City of Paso Robles, is one of the first water treatment plants in the county to directly treat water from Nacimiento Lake for use in the city. The City of San Luis Obispo is the only county agency that directly treats water from the lake. Construction of the plant began in May of 2014. There are now only a few finishing touches being made, but is already fully operational. 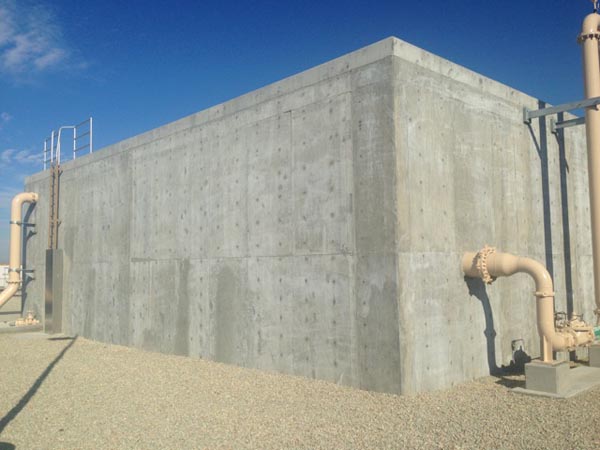 As of this week, the Paso Robles water treatment plant has officially received their license from the state of California to begin redistributing Nacimiento Lake water for use in Paso Robles.

With Paso Robles’ share of 4,000 acre feet per year of the Nacimiento Water Project – a 45 mile-pipeline distributing millions of gallons water throughout San Luis Obispo County – the city has decided to utilize its share to diversify their water supply portfolio, and create another source of water so that it the city not entirely reliant on groundwater.

“We’re excited about bringing this important asset to fruition,” says Christopher Alakel, water resources manager for the City of Paso Robles. “We hope to see the community benefit from it within the coming years.”

The process of cleaning the lake water occurs in several steps: First, water from the lake redirects through the Nacimiento Turnout which brings it to the treatment plant. It is then fed into a large chamber which mixes in chemicals that oxidize certain metals present to make them readily removable. Afterwards, the water flows into a tank directing it through a series of chambers while being mixed with chemicals designed to fuse organic materials, which are later brought to the water’s surface (along with other solids present) through the use of micro-bubbles then scraped off and discarded in the next step of the procedure. 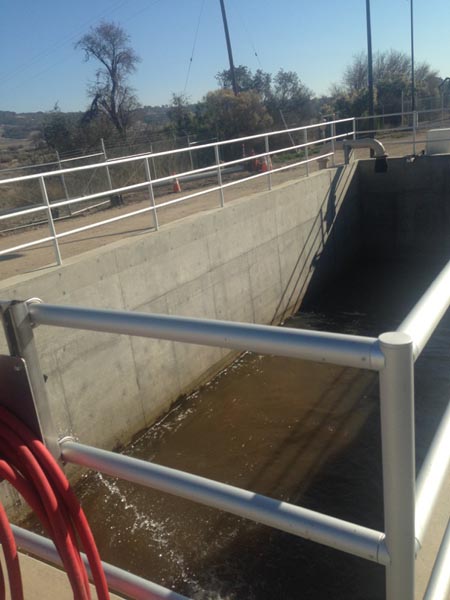 Next, the water is taken to a mechanical filtration system which pushes the water through a small porous net, filtering out anything sizable enough to be detected. From here, it goes into four pressure vessels which remove taste and odor. The final step is sanitation with chlorine. The chlorinated water is sent through another large tank featuring serpentine pathways to chemically disinfect the water in a basin and allow it to meet state disinfection requirements. Waste is sent to a separate waste basin and redirected to the city’s sewage plant; The freshly treated water is then sent out to the city’s existing wells and distributed to the residents.

Reports say that residents will notice substantially softer water as a result of the plant. This winter, Nacimiento will be making up about 80-percent of the city’s total water supply. The plant will be operated seasonally from May to October, when demand is highest, as the cost of using Nacimiento water is 10 times the cost of using groundwater when accounting for its delivery and treatment costs. For 2016, however, the system will run year-round because most of the plant’s equipment is under a one-year warranty and city officials want to make sure everything is working properly, according to reports.