Will California split into 6 states? 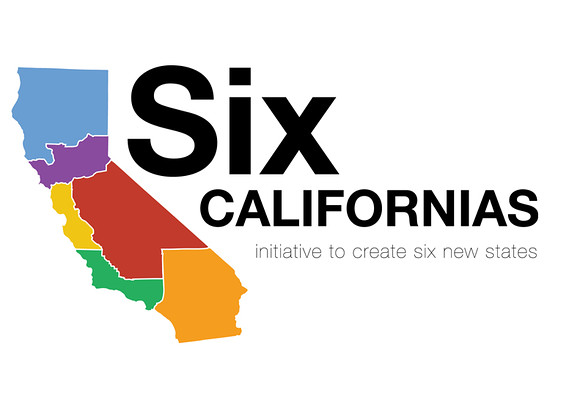 Plan to divide California into 6 states gets closer to vote

Updated Feb. 22, 2014: A prominent Silicon Valley investor’s proposal to split California into six separate states has moved one step closer to getting on a ballot for vote, the Wall Street Journal reports this week.

The state has given venture capitalist Tim Draper the green light to begin collecting signatures for a petition to break apart the state. Draper, who describes California as too big to manage and essentially ungovernable, now has until July 18 to collect 807,615 signatures for a ballot initiative that could reach voters by November 2016.

Draper, whose bets on Skype and Hotmail have made him a billionaire, says “vast parts of our state are poorly served by a representative government,” according to his initiative.

“It is more and more difficult for Sacramento to keep up with the social issues from the various regions of California,” Draper told ABC News. “With six Californias, people will be closer to their state governments, and states can get a refresh.” 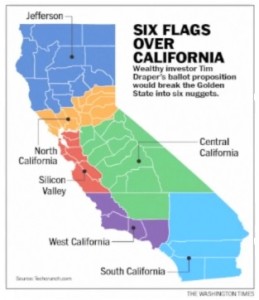 Original story posted Jan. 13, 2014: The Washington Times recently reported that Venture capitalist Tim Draper of Silicon Valley has filed paperwork for a November ballot measure that would divide California into six states, calling the Golden State as presently constituted “too big and bloated.”

Draper’s proposed six states are called, from north to south: Jefferson, North California, Silicon Valley, Central California, West California, and South California. His money will be needed: Proponents need to collect 1 million signatures just to get the idea on the ballot this fall.

Paso Robles and all of San Luis Obispo County falls into West California together with three other counties: Santa Barbara, Ventura and Los Angeles. Paso Robles would be just a few miles south of Silicon Valley, which would include Monterey and much of the Bay Area.

A third-generation Silicon Valley venture capitalist, Mr. Draper, 55, grew up in California and founded the firm Draper Fisher Jurvetson. He also is known as an education maverick: He launched the Draper University of Heroes in San Mateo, a private boarding school program designed to help students ages 18 to 26 become entrepreneurs.

If the six-state initiative passes in California, residents would have three years to discuss whether the proposed borders make sense for them. The initiative’s language gives the governor until Jan. 1, 2018, to send the request to Congress.